11 Things You Should Know About Attachment Parenting 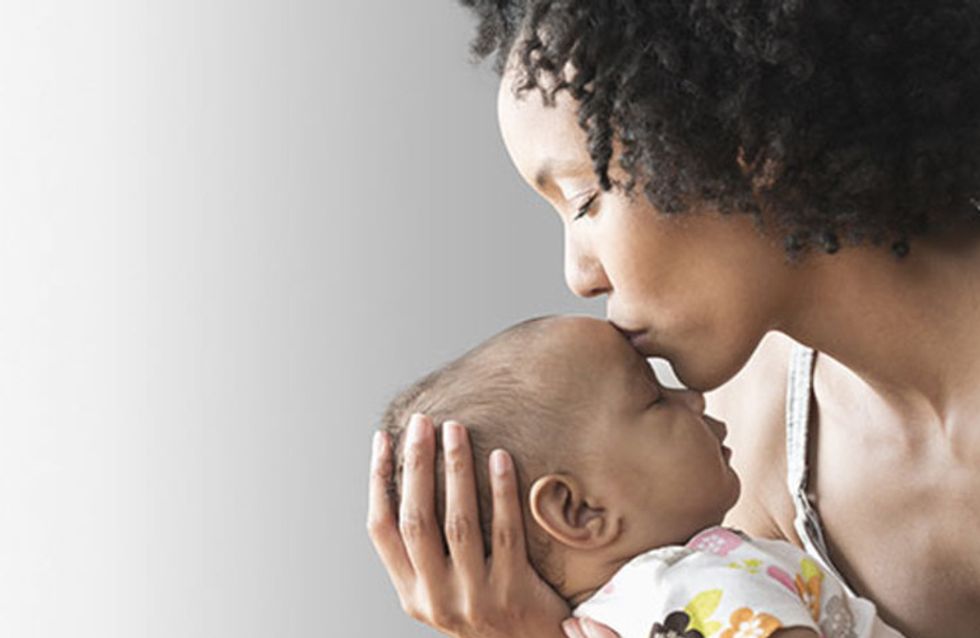 We don’t blame you if you think attachment parenting is a little ridiculous. The image of the judgy granola chick, sporting tie-dyed baby slings, who is utterly devoted to sacrificial parenting rules isn’t that inviting. But that image is wrong! Creating a secure attachment to your child is all about understanding your baby, yourself, and responding to their needs. That’s not too scary, right?

Sarah Ockwell-Smith HATES Attachment Parenting or AP. Ok, ok, not the concept just the militant AP mums who make other women feel bad for not following arbitrary and strict rules for child rearing.

Ockwell-Smith is the author of Baby Calm and founder of Gentle Parenting. As a qualified parenting expert, she just can’t stand the subculture that grew out of attachment parenting principles. “I'm a huge advocate of attachment theory,” she explains. “I'm just not a fan of the cliched view most of the media present of attachment parenting or the idea that the term brings to mind.” To distance herself from that wrongful image of AP, she prefers to call it gentle parenting.

There are so many awesome benefits to Attachment Parenting that you shouldn't write it off before you get an accurate, non-sensationalized idea of what it is!

Essentially, attachment theory supports a parenting style where strong, emotional bonds are formed between children and caregivers in the early years, making children feel safe, protected, and secure in their attachment figures' presence, throughout their entire lives.

The emotional attachment, which parents create through compassion and respect for their children, is like an invisible security blanket that they'll keep forever. That sense of safety from their parents helps securely-attached children become more curious about the world, have higher self-esteem as adults, and know that there's always comfort and encouragement from their parents should they fail.

Basically when your kid experiences a deep, meaningful love in their early years, they're more capable of accepting their true nature (flaws and all), showering others, especially YOU, with love and appreciation, and remaining close to their parents long after they've stop wearing diapers.

​​And that's what every parent wants, right? To be their child's best friend forever.

There’s nothing weird or unnatural about Attachment Parenting. In fact, Ockwell-Smith considers it the way we’re supposed to care for kids “if [we] hadn't read books telling [us] to do otherwise.”

​And she’s kinda right about that, don't you think? “Modern western society is obsessed with not allowing children to be dependent on us...We are also very much into punishments and rewards as a way of controlling behavior.”

Over the centuries, what Ockwell-Smith calls "mainstream parenting" has become all about maintaining authority in very generic ways - time outs, bribes, yelling, spanking - and not really understanding your child's individual needs and responding appropriately.

No, your boobs don’t have to pledge allegiance to your baby's appetite and if you’re worried about co-sleeping, don’t feel like you have to do it!

​“It really is about the emotions and intentions behind the behavior," says Ockwell-Smith. "And as all families are different they will all find their own way of doing things."

Some AP fanatics are convinced that breast-feeding is an essential, non-negotiable way to create an early bond with your baby. It’s just plain wrong! While breastfeeding has major benefits, combination feeding or even just the bottle will not kick ya out of the AP club.

4. Your baby doesn't need to be attached to your hip

"This is a real myth," Ockwell-Smith begins. "Attachment theory is not about the baby/child being only attached to the mother, strong attachments are encouraged with other adults, be that the father, grandparents, aunts/uncles, nannies or [babysitters]."

​​You know you're doing AP right when you can hand off your baby to another adult and they don't dissolve into tears. Their attachment to you is that strong that they know you'll return and they feel safe in your decision to let another person watch over them.

"The very nature of babies and young children is that they need to be dependent on us," says Ockwell-Smith.

Face it - your baby doesn't want or need to be independent from you until they have the tools to be independent - tools that you give them! So don't ignore your baby's cries because your mother-in-law swears that's the only way to raise a confident child. Pick him up, hold him, fulfill his need. Follow your maternal instincts.

According to Ockwell-Smith, that early dependence is going to matter later on: "Ironically in our quest to push our children away and make them independent we can often create children who are [not] confident and shy in social situations."

Ockwell-Smith wants you to "ignore the experts that don't know you or your baby. In most cases their advice is based on nothing other than their own opinion!"

Rely on yourself instead, she urges. "Trust your instinct - that is your best teacher." Your attachment parenting is going to look different from Jane's in California, but the result is always the same - your child feels safe and loved in your presence.

"AP is not necessarily free of consequences" but it is free of the harsh punishments parents sometimes resort to. "The parenting style is more unconditional and understanding. Parents would seek to understand why their child behaved in a certain way and recognize that it's a sign of an unmet need or immature neurological development."

​So instead of sending your kid to their room for biting their younger sibling, you should ask why they did it, try to empathize with their feelings, and then let them know that biting isn't OK.

​Then, Ockwell-Smith suggests, "gently steer them towards more appropriate behavior."

If you're hoping to have a genius in the family, AP increases those chances. "[Securely-attached kids] are more likely to reach their full cognitive capabilities," Ockwell-Smith tells us. "They may be more intelligent, and hopefully they will raise their children in the same way, continuing the cycle through the generations."

Forget those Baby Einstein toys, just be securely attached to your little one!

9. AP helps kids learn consequences in a way that sticks

As a parent, it's often a struggle to get kids ready in the morning so when your son or daughter throws a fit about putting on a jacket, it's easy to just start yelling or take away screen time. After your little adult meltdown, your child will probably put on her jacket just so you'll be quiet not because she understands that leaving the house without a coat means she'll be chilly. So...let her leave without a jacket on!

Ockwell-Smith says that "by allowing children to make small mistakes with safe and natural consequences - such as if they refuse to wear a coat (and taking a coat in your bag for when they do!) - they learn about the natural repercussions of life and their choices."

​And when your kid asks for her coat, don't give her a lecture on why she was silly to leave without it. After experiencing the consequence first-hand, she now fully understands that Mummy was right and she won't put up a fight next time you're getting ready to go outside!

10. Steer clear of critics and have an open mind

Inevitably, some other mum will tell you that AP is weird and hippy dippy and totally out there. Don't pay her any mind. "Usually critics of Attachment Parenting are speaking out of ignorance. I challenge any critics to really research the ideas," says Ockwell-Smith.

​"If they read the science, look at the studies and discover the work of the leading researchers, such as Professor James McKenna, Professor Helen Ball and Professor Wendy Middlemiss, it's pretty hard to be critical."

11. Attachment Parenting is the practice of unconditional love

"The feeling of knowing that you are loved unconditionally by somebody, who believes you are amazing despite your flaws and accepts you for who you are, is the most empowering and uplifting feeling in the world," Ockwell-Smith reminds us.

​As a mum, don't you want your child to know that nothing they do is going to make you leave or abandon them?

​That deep bond will inspire your baby to strive for her highest potential in the future and to take risks in her life knowing that you'll always love her no matter how it turns out!

"Don't be concerned about rushing independence, enjoy snuggling your baby as much as you like, hugging literally grows brains!"

Can't Exclusively Breastfeed? Here's The Lowdown On Combination Feeding (Without The Judgment)!

No More Spanking! Get Your Kids to Listen Without Losing Your Cool