17 Ways Motherhood Changes You For The Better 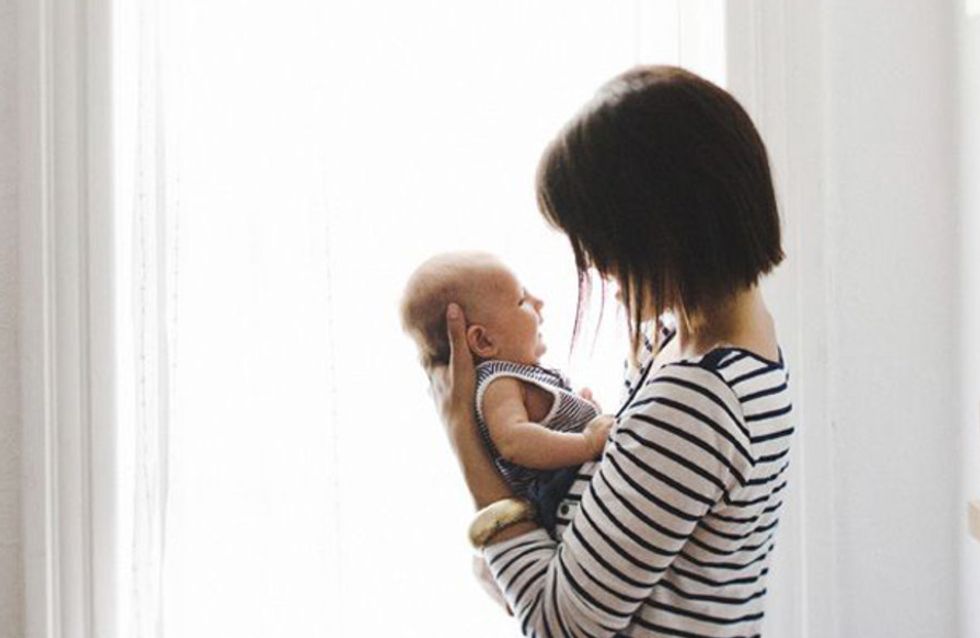 Things change when you become a mother: your body, sleep schedule, relationship and not to mention finances. The fact is, you will never be the same again but most mothers out there would say that the adjustments are totally worth it. So mums, meet the new you...

First of all, we totally understand that motherhood is a special, nearly indescribable experience that not all women are fortunate enough to know firsthand, but that doesn't mean it comes without its fair share of difficulties (to say the least).

What you'll come to realise over time is that it's not a thankless job, just a hard one. But despite the fact that motherhood comes with its challenges, no change will ever beat the moment your kid looks up after chucking his entire lunch all over the floor and says, "I love you, Mummy."

We spoke to several mothers around New York City last week and got the low-down on the biggest changes they've seen in themselves after getting through that godawful birthing part! Here's just a little bit of what to expect...prepare yourselves.

1. You don't judge other parents

Remember when you used to shoot dirty glances at the sleep-deprived parents of those rugrats playing tag in the grocery store? Well, now that you've experienced the futility of trying to stop your kid from having an epic meltdown right outside a 4-star restaurant, you feel guilty for ever being a judgmental b*tch.

2. You fear that other parents are judging you

Even though you know kids are prone to falling apart at the sh*ttiest moments, you still get embarrassed when it happens to you. When it's YOUR child that talks back to you in public, or leaves the house in a stained shirt that somehow got past your inspection, you look around - scared that the other parents at school are going to give you a big, fat F in parenting.

3. You look forward to holidays again

If you were once the woman that said, "oh Halloween's not something we do, it's an American thing' or hid in the coat closet with the litre bottle of Baileys while your family crowded around the piano at Christmas, that all changes once you have kids!

Suddenly you can't wait to dress up your cute mini-me in ridiculously adorable costumes - and that's alright.

It's OK that your focus shifts from how silly holidays are, to how awesome it's going to be when you see your little one's face break into a wide smile after you plug in the holiday lights. Their happiness is your happiness after all.

4. You get wrapped up in silly Pre-K dramas

When your kid tells you that she was shocked to see Amelia throw her ham sandwich at Billy during lunch that day, you have half a mind to go knocking on Amelia's door and give her a five-minute lesson in manners...and then you remember that you're a grown adult.

A relaxing morning shower to prepare you for the day is a distant memory. You actually say a little prayer of thanks if you have time to shave your legs that week.

Similarly, putting your face on in the morning is not as involved as it once was. A bit of lipstick, some mascara, and you're good to go (mostly because you're trying to get your little one to stop drying his nose on your blusher blush).

"I'll never let my kid watch TV" is an ideal, not a reality.

You know that plopping your kid in front of Peppa Pig for a few minutes so you can shoot off some emails or call your sister for an adult chat isn't tantamount to frying your child's brains. Plus, you become THE COOLEST MUM EVER...until you switch off the TV and then you're back to being THE WORST MUM EVER.

Your sorority sisters can't make it to your place this weekend. Oh well. Your phone has an enormous crack through the middle. Meh. You'll get it fixed two years from now.

When you're constantly concerned about the health, whereabouts, and overall education of your child, other issues pale in comparison.

9. Your kids can easily hurt your feelings

Kids love to get a rise out of grownups but sometimes they can be downright MEAN and you're left wondering whether you birthed a tiny unfeeling demon.

"I don't want to look at your face, Mummy" can leave you sobbing while you call your spouse from inside the bathroom weeping into a hand towel.

10. Meeting your girlfriends 15 minutes late means you're actually on time

If they give you sh*t for being late, shouting "I'm a mother" should quiet them down (and get you a free margarita).

You often wonder how it's possible that you're still awake and functioning. It's the SuperWoman hormone in effect - it allows you mothers to remain on autopilot all day without surrendering to your exhaustion until you've stood still for longer than ten minutes.

12. You don't worry about your appearance as much as you do your kid's

Who cares if you have flour all down your front? At least your little one has the cutest purple Converses on!

13. You learn how to live your life amongst a huge, never-ending mess

Remember when you could actually see your entire living room rug? Now every inch of your house has become 'The Playroom'.

When your kids aren't with you, you worry that something bad could happen on their way to school or that some awful illness will grip them. As a mumma, it's hard not to stress about the unknown when it's your job to keep them safe and sound. Unfortunately, that's a fact of parenting that will never go away.

15. Nothing grosses you out anymore

You've got poop on your hands, picked boogers out of your kid's nose, cleaned vomit off your cherished cashmere sweater and been sneezed on countless times. You don't bat an eyelid at human waste anymore.

16. Everyone is SOMEONE'S baby

...and that realisation makes you more empathetic and bit kinder to everyone you meet.

You still love your kids when they cackle with glee after spitting up on you or when you realise that they're not quite what you'd expected them to be. The love you give your baby requires nothing from them. It's natural, it's instinctual, and it's beautiful.