Home / Parenting / Baby / 9 WTF Birth Traditions From Around The World

9 WTF Birth Traditions From Around The World 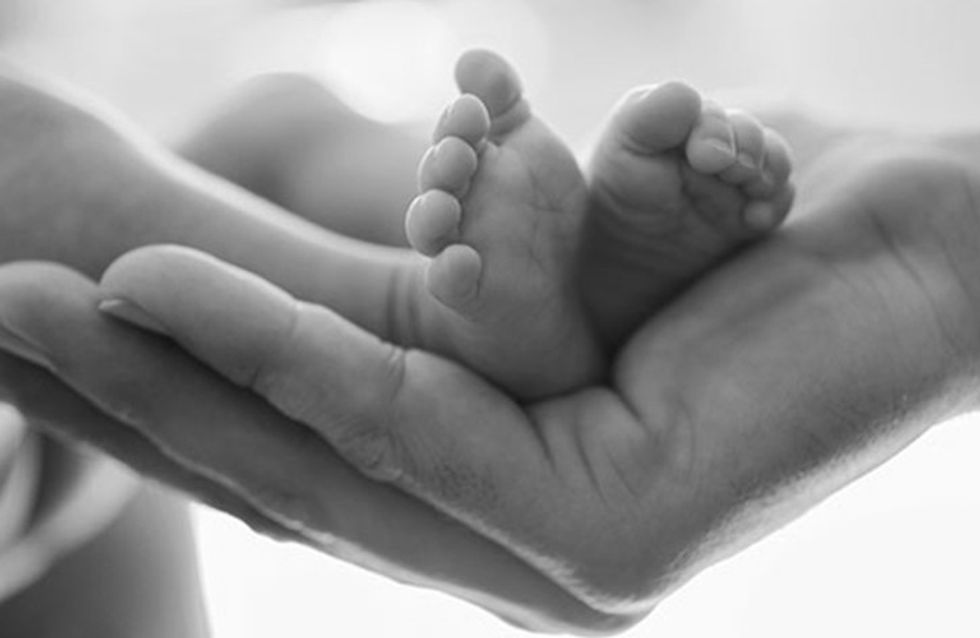 Welcoming a lil' cutie into the world is an amazing experience that binds all women together, regardless of race or nationality. Yet, the customs surrounding a baby's birth differ across cultures. We've found some of the most fascinating and eyebrow-raising birth and postpartum traditions from across the world. Remember, these aren't strange, just different!

Birthing and postpartum rituals are made to help ease delivery and calm any fears expectant mothers might have after they've given birth.

A few of these customs might sound a bit bizarre to some of us, but we love how most of these traditions are really just about celebrating the new bundle of joy's debut into the world and the bond they'll have with their families and native countries.

Check out these birthing traditions from different continents. Would you ever want to try them out for yourself?

See you in a month!

It's common for pregnant women to take to their beds during the last few weeks of their pregnancy, but in China some woman opt to stay confined to their homes for thirty days post-birth!

​This antiquated but still practiced custom bars woman from having coffee, drinking anything that's cold, (yes, even water), and consuming raw fruits and veggies. New mums aren't allowed to bathe themselves either. The diet of women who sit the month is mostly centered on protein and sugar. It might sound strange, but the hope is that woman's physical balance is restored after giving birth.

The trend of mothers taking their placenta home in capsules and ingesting it is all the rage (although the true health benefits are still debated). However, in Hawaii, native families fought to have the right to keep placenta, or iewe, for a far different reason - they want to bury it!

Families of newborns hold a secret ceremony where they bury the placenta in the earth and plant a tree or bush next to it. The burial ​creates an everlasting bond between children, their native land and past ancestors, ensuring that they'll grow up to be proud native Hawaiians who don't want to leave their homeland. That's kind of beautiful, right? Many African and Caribbean countries also practice this custom.

Hey, don't throw that away!

One of the more gross things that happens to a newborn is that the small part of the umbilical cord that wasn't snipped in the hospital, eventually dries and falls off the baby's bellybutton. We know, ew.

​It's typical to dispose of it unless you live in Japan where the dried umbilical cord is gently placed into a heso-no-o, or a tiny, beautiful wooden box that protects the bond between mother and child. Sometimes doctors even save the entire umbilical cord to send to the mother post-birth.

Open up - we have a delivery for Mum!

This one we think the U.S. should totally get behind! In Finland, after the mother delivers her baby the government delivers a "maternity package" to her house full of clothes, nappies, hats, bottles, and lots of other incredibly useful and necessary items.

​The package came into being to help low-income mothers in the late 1930s, but by 1949, all women were eligible for the package. Oh, and as an added bonus, the actual box can also serve as a temporary crib. How amazing!

Some Malaysian women choose to get postnatal massages that help dispel lochia (post-birth discharge), shrink the uterus and, yup, the vagina, back down to its regular size, tighten the tummy, and improve blood circulation!

​The appointments can last up to two hours and even include a lengthy breast massage to help stimulate milk production. To be honest, this sounds heavenly!

A little seaweed to go with those painkillers?

In Korea some women will eat seaweed soup, or miyeok guk, at least once a day for up to six months after giving birth.

The soup is made from wakame - a pretty yummy, slightly sweet sea vegetable that is rich in iodine and calcium - nutrients all breastfeeding mothers need!

With the addition of a savory, beef broth, soy sauce, garlic, and oil, wakame becomes a super delicious meal that we wouldn't mind eating daily!

No sex for years!

Honestly, sex is the last thing on a woman's brain after she's popped an infant out of her vagina and had a few stitches.

It's common for doctors in the U.K. to encourage women to refrain from intercourse for a few weeks, but in Papau New Guinea, many new mothers will remain abstinent until they've weaned their baby off of their breast milk. This means a husband and wife might not have sex again for up to five years!

Can you quiet down? I'm trying to have a baby here.

If there's one place a woman can lose all decorum it's usually in the birthing room. Screaming, crying, and shouting are par for the course when it comes to labour, but Inuit women remain completely silent during labour and the assisting midwife whispers encouragements into the mother's ears instead of yelling at her to PUSH!!

The silence proves a woman's courage, bravery, and stoicism - virtues that are highly valued in Inuit communities.

Get this baby out of me!

​Beer and onion? Sounds like a great way to throw up . . . or have a baby! ​Some expecting mothers in Guatemala boil purple onions in beer and drink it, hoping that'll induce a quick labour. At nine months, many women are over their pregnancy so whatever gets that baby out quicker, we understand!

What birthing traditions surprised you the most? Tweet us @sofeminineUK

The Stages Every Girl Goes Through During Pregnancy

20 Things That Don't Matter Once You Have Children

20. The baby shower
by the editorial team

9. The Godparents
by the editorial team