Home / Parenting / Baby / From Boob To Food: What To Expect When Weaning Your Baby

From Boob To Food: What To Expect When Weaning Your Baby

by Lareese Craig Published on 8 March 2014 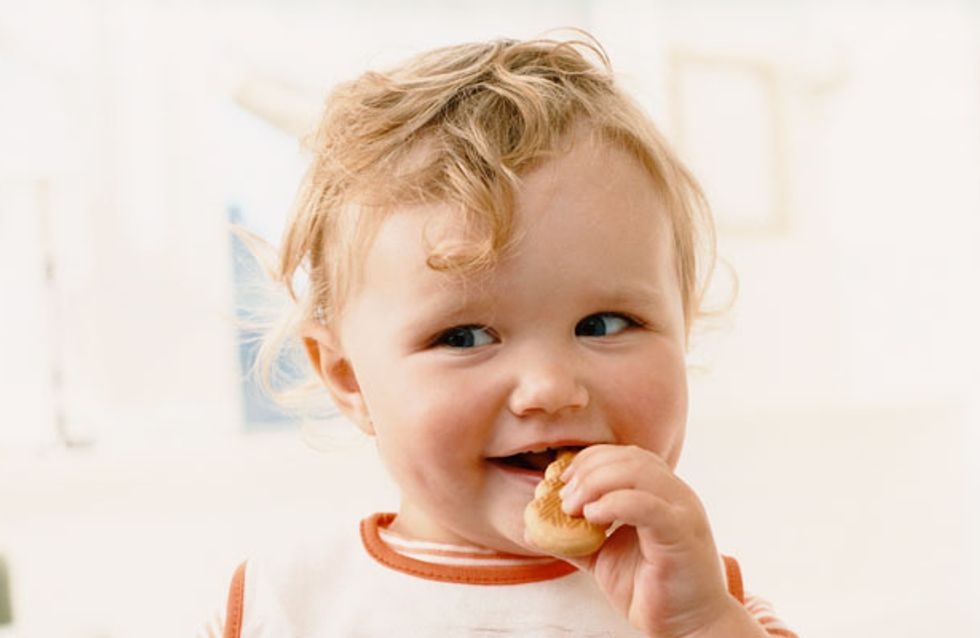 You've spent the last six months feeding baby on breastmilk or formula but there comes a time when your little one has to make the leap into the world of new foods and flavours. To make the weaning process a little easier to swallow, we recruited Dr Frankie Phillips, leading child nutritionist at Organix, to explain exactly what to expect. From tell-tale signs to their first mouthful of mushy banana, here's all you need to make the move from boob to food as smooth as possible.

Introducing your little one to solid food is a really important phase in your child's development. It can be very rewarding to share their excitement as they begin to experience new flavours and textures, joining you at meals times, and having fun with their new tastebuds. What's more it means you can get messy at the kitchen table with a perfectly adequate excuse!

We got talking to leading child nutritionist at Organix, Dr Frankie Phillips, to find out exactly what's in store for both parent and baby.

Whether you want to know how to get started, what foods to avoid, or ways to start off the weaning process we've got all the facts you need to get baby onto solids with zero fuss.

What age should weaning start?

In practice, if your Health Advisor or GP thinks that they are ready a bit sooner, then it’s fine to start just before six months, but it does vary between babies as they all develop at a different rate. The ‘six months’ guideline isn’t a hard and fast rule and if you do wait until six months, it’s important to introduce your baby to new foods, flavours and textures rapidly in those early weeks.

Why can't weaning begin before?

Up until around six months breast milk, or an appropriate formula milk, can provide all of the essential nutrients a baby needs to develop and grow. Weaning is best left until after 17 weeks at the very earliest because a baby’s body simply can’t manage the complex process of digesting and absorbing the foods they need until their digestive system, as well as their kidneys, is properly developed to cope.

What should you expect when weaning?

In a word – mess! Moving from the kind of mouth and tongue movements needed to feed from the breast or bottle is a skill that your little one has to learn. First reactions to a small taste of solid food might mean not much actually goes down, but your little one shouldn’t keep pushing out their tongue – as this is often a sign of not being ready.

​If it’s not a great success the first time, don’t give up! Just go slowly for the first couple of days and try tiny amounts of different tastes. Introducing soft finger foods can also help develop important skills, but again, it might take a while before your little one gets the hang of things.

What are the tell-tale signs that baby is ready for weaning?

Babies aren’t identical but there do tend to be three tell-tale signs that hint your little one is ready to start solid foods alongside their milk feeds:

Other things that might be mistaken for ‘ready to wean’ signs include chewing fists, night waking (when they have previously slept through) and wanting extra milk feeds. These are all normal but aren’t a tell-tale sign of being ready for weaning.

How do you introduce your baby to solid food?

On the first day of weaning choose a relaxed time and give your little one half of their usual milk feed before giving a first taste of food. A first mouthful of food could be simply a pureed plain fruit or vegetable, such as apple, pear or carrot. Or you can try a tiny amount of baby cereal or rice mixed to a smooth paste with a little breast milk or formula on the tip of a plastic spoon.

You can also try this on a clean fingertip if you prefer. Try this again the next day and then try a different flavour, building up to about 2-3 teaspoons at one feed. The next week another meal can be introduced, with a few different foods and a few more teaspoons. More detailed advice can be seen at Organix.

Some other useful tips on starting off weaning are:

What foods should you avoid?

Most foods can be enjoyed even quite early on in the weaning process, but there are a handful of foods that you need to avoid at first.

Do you reduce milk feeds gradually once you start weaning your baby?

Yes, your little one will get a lot of their nutrition from milk feeds for a while after weaning starts, that’s why some people call it ‘complementary feeding’ as it isn’t supposed to suddenly replace milk feeds.

​You may find that a milk feed is dropped as the amount of food increases. By the age of one year they can drink whole cow’s milk, and follow-on formula isn’t necessary, but if you want to continue breastfeeding beyond this time that is fine.

How often should mums milk feed when weaning?

At first the milk feeds won’t change too much at all but as your little one eats more solid foods, these will fill them up and they won’t want as much for a milk feed. Gradually you will notice that they drop one and then another of their milk feeds. Breastfeeding or formula milk should continue until the age of one but the amount will depend on their appetite.

How do you know that your baby is eating enough?

Babies are really good at knowing when they are hungry, and when they have had enough. Appetite varies and one day your little one may eat two bowlfuls, and other days barely touch food. This is quite normal and it’s important to follow their cues to tell you they’re full.

​This can be pushing food away or turning their head and getting upset. Don’t try to force more food and just offer something again later. The real sign that they are eating enough is seen by their growth. As long as they are growing well then you’re getting it right!

What should you do if your baby refuses to eat solid/lumpy food?

There are lots of reasons why some babies become fussy about their food, but nearly all of them grow out of it – it just takes a bit of patience and a calm approach. Moving onto solid food is an important part of learning to eat. It’s important for the development of chewing skills and the mouth muscles for speech development, but we also know that introducing lumpy solids early in the weaning journey is one way to ensure a lifelong love of good food.

Some babies find it easier to manage lumpy foods that are finger foods, so you can use lots of different textures and let your little one feed themselves. Others find a mixture of textures more tricky to deal with, so chunks of vegetables in a sauce can be more difficult than, for example, a few sticks of cooked vegetables and pasta.
​
Try putting a few different foods onto a plate and let your little one pick them up and discover the texture – some might get eaten in the end, but the interaction part is important. The most important thing is to keep calm and in control – you can offer your little one different foods, but it’s up to them whether or not they eat it.

Did you have an easy time weaning your little one or was it an uphill struggle? We wanna hear from you! Tweet us @sofeminineUK!