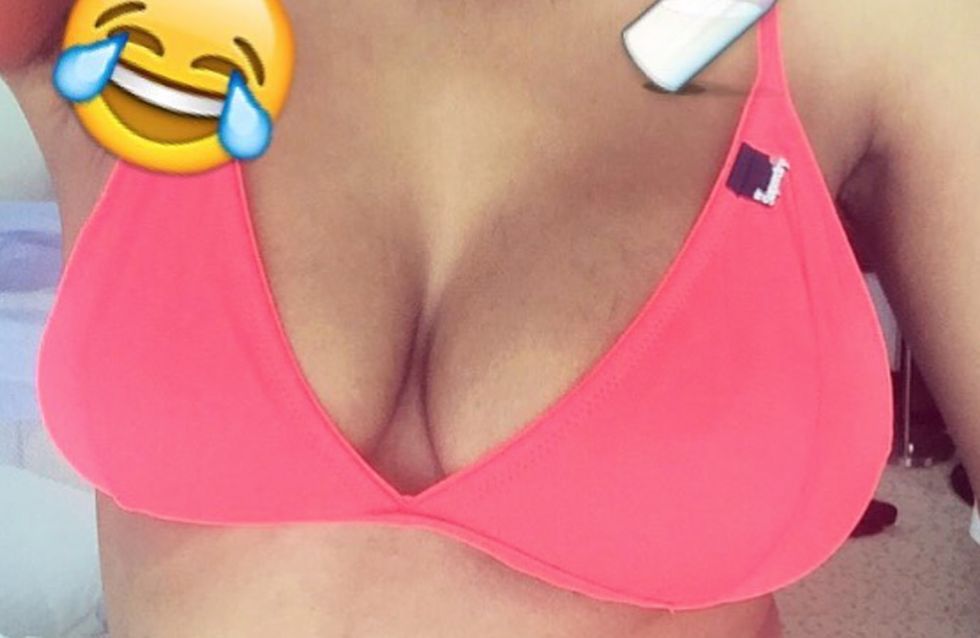 Breastfeeding is a minefield at the best of times and most people (women and men alike) have their own views on where and when it is and isn't appropriate. And while mothers who do choose to feed their babies with breast milk have to contend with much judgement as well as leaking boobs and the rest, women rarely talk about the impact breastfeeding has on the size of their breasts.

Meet Zoe Hendrix - a mum-of-one whose trying to normalise breastfeeding, one candid photo at a time. The 27 year old rose to fame on the Australian version of reality series Married At First Sight and gave birth to her first child - Harper-Rose in November 2016 - and is a keen advocate for publicising her breastfeeding.

MOTHERS DAY. Whether you are a new mum, or a mum with decades of experience. Whether you are pregnant or trying hard for a child. Whether your child is in your arms or in heaven. Whether your mum is here or passed. Thinking of you all and wishing you a beautiful Mother's Day. This pic was when Harper was 2 weeks old. It had just fully sunk in that she was all mine and that I was her mum. A moment il never forget. @alex_garner_ #happymothersday #sweetchildofmine #marriedatfirstsight ❤️

Hendrix has opted to breastfeed her baby daughter and she hopes by sharing her 'uneven milk jugs' with the world, mothers everywhere will feel they're able to relate and supported.

Sharing a photo of her bikini-clad chest, she wrote: "MILK JUGS gone uneven 😮😂 One of the many joys of breastfeeding. I wondered why I got a few stares at the pool that day😂 🙈awkward!"

Hendrix's photo prompted her followers and fellow mothers to share their own experiences of breastfeeding, suggesting she's having a positive impact by being so open and honest. One commenter wrote: "Now I've finished breastfeeding mine are like little wind socks flapping in the breeze," with another adding: "Hahaha!! I literally have a photo exactly the same 😂 I have twins and didn't think my boobs would get uneven coz I feed from both at the same time but noooope! Lopsided titties all the way."

Hendrix often shares intimate images of her breastfeeding with words of encouragement for all types of mums, much to the delight of her almost-90K followers.

Have you ever breastfed? Did you experience something similar to Zoe? Let us know your stories @soFeminineUK