18 Secrets Every Girl Keeps From Their Boyfriend 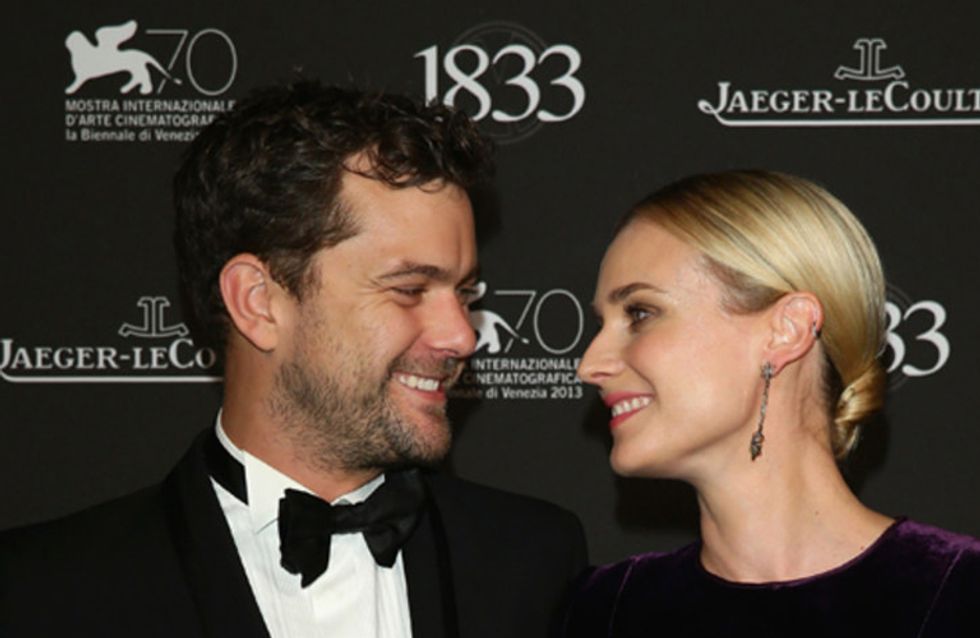 No one knows you better than yourself. Nope, not even your long term boyfriend. Of course he's privy to the important stuff but even years into a relationship, there are things you choose to keep to yourself. But, honestly, there's nothing wrong with having a few secret single behaviours when you're still a girlfriend...

1. If you were single, you'd totally go for his best friend

Ok, so your boyfriend has an awesome BFF who is cute, funny, and can kick back with just the two of you on a Friday night. You think the world of him and you're constantly trying to find suitable girls to fix him up with!

Now all your girl friends want to meet him on the power of your recommendation, and while you totally want him to be in relationship as happy as yours, secretly you know that if your man wasn't in the picture, you'd be making eyes at his pal stat.

2. Sometimes you use the period excuse to get out of having sex

Saying "you're too tired" three nights in a row might piss him off - now you know how to expertly avoid fights in your relationship.

Sometimes it's easier to blame your lack of libido on old Aunt Flo...as long as he's not into period sex!

3. That Dairy Milk isn’t the first one you bought

You actually inhaled an family size bar before he even knew about it. Hey - at least you replaced it!

Does he really need to know how much you love your sweet food?

4. You hate those earrings he got you a few years back

It was when he didn’t know you that well and he’s made up for it with stellar gifts, so there's no need to explain why you only wear that (nasty) pair once a year - your anniversary dinner.

5. You still think about a certain ex-boyfriend more than you should

It’s not in a longing kind of way; you just wonder who he’s with, what looks like, what job he has, and, yeah, sometimes what would happen if you two had stayed together.

6. Kissing him isn’t AS exciting anymore

Those first kiss butterflies will never flutter again. Luckily, he does lots of other things that make you you go weak in the knees

7. He can gross you out so much that you can’t even look at him

Farting in bed, pooping with the door open, hocking into the kitchen sink while you’re in the middle of a story…ugh.

After three years of walking into his "I just took a shit" cloud, you know it's stupid to waste time yelling at him for pooping right before you have to take a shower, buuuut you still have a quiet moment of rage when he can't see you.

8. You don’t just watch trashy reality TV here and there when there’s nothing good on...

...you binge on it. You know every melodramatic plotline from every season of Made In Chelsea.

9. You have a ton of sex dreams that don't involve him

Deep down, he probably knows you fantasize about other men but who and how often...eh, that info you keep to yourself.

10. You stress about him going bald

You've seen more hair in the drain lately and other small signs of hair loss are showing themselves. You'll love your man even if he turns into an egghead, but you hope the bald holds off for juuuust a little longer. Like, 20 years longer!

11. You have wanted to snoop through his email (and one time you almost did!)

Sometimes when he leaves his Gmail logged in, you do get a flash of curiosity. Don't do it though, girl!

12. Your girlfriends know exactly what he's good at in bed

When your man treats your body right, you want to shout it from the rooftops! But he might not be so cool with the fact that your BFFs know how long he goes down on you for...

13. You imagine what life would be like without him

Again, not because you want to dump him any time soon but the more years you put between your single life, you wonder what it'd be like to be out on the prowl again.

14. You do have an ideal proposal in mind

Of course, you want him to pop the question in his own special way and you'll love what he does because it means you get to spend the rest of your life with your main boo.

Nevertheless, wouldn't it be awesome if he could read your mind and know that he should propose to you at your favorite restaurant with your family hiding in the kitchen and a 20-minute PowerPoint of your entire relationship playing in the background set to Ed Sheeran?

15. He's not fully aware of your online clothing addiction...

You now schedule packages to come when he's not home so you don't have to get another lecture from him on why you need those slouch pants from Zara.

Whenever you wear something new and he asks when you got it, you just tell reply with, "Oh, this old thing! Had it since high school!"

16. It makes you sad when he doesn't like your hair

You're a independent woman who can cut and dye her hair however she likes without the input of her man! But it still broke your heart a little bit when your guy wasn't so into your green tresses last year...

17. Celeb gossip is your jam

He could care less about Miley Cyrus' latest breakdown or where Drake and Rihanna were caught making out last night but you LIVE for that news!

18. You're slightly obsessed with him

Two, three, four years later and you're still so crazy in love with your guy sometimes you scare yourself!

You catch yourself staring at old couple pics for hours, you think his underarm smell is actually the best scent on earth, you rehash your How We Met story to anyone with two ears, and nothing makes you squeal with delight more than his forehead kisses. As long as he doesn't know quite HOW much you're into him, he won't run away.

What secrets do you keep from you guy? We won't tell! Tweet us @sofeminineUK