by Tolani Shoneye Published on 8 September 2015 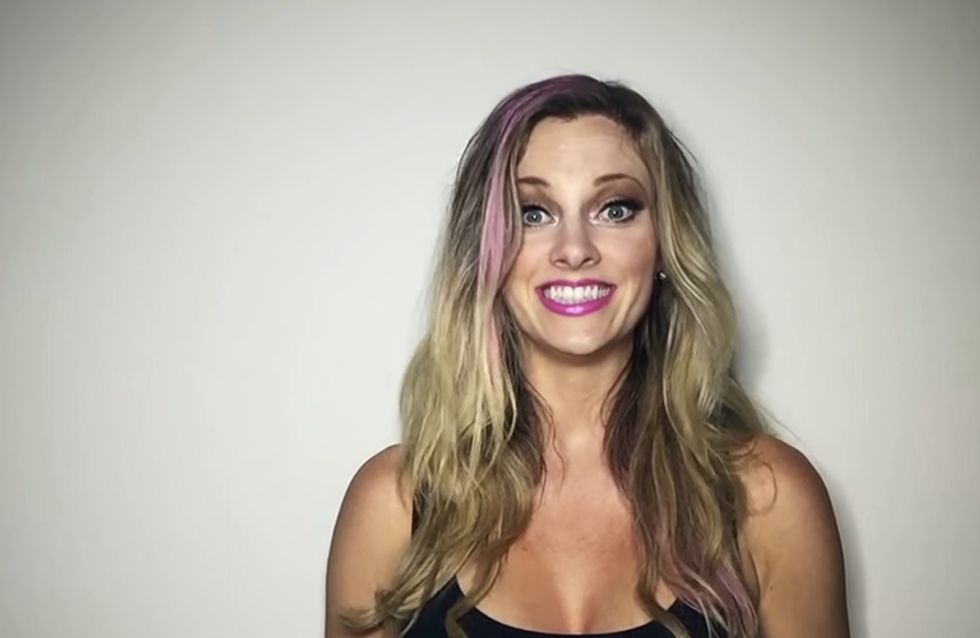 We're sure when Nicole Arbour made a video mocking fat people, she expected a bit of blacklash - but this? Bad move Nicole, just such a bad move.

Vlogger and comedian Nicole Arbour doesn't shy away from speaking her mind, and this week the subject we're all LIVING for her opinion on is fat shaming.

​The 6 minute video entitled "Dear Fat People" sees Nicole address fat people in a manner that is tasteless, rude and in our view just not funny. Need proof? "Fat shaming is not a thing. Fat people made that up," she says. And it doesn't stop there. Throughout the 6 minutes she also manages to address how fat shaming is not a form of discrimination, and helping fat people is actually assisting suicide...yeah.

Press play to watch the video.

Although stating that she's not addressing people with disabilities, but rather the "35 per cent of North Americans who are obese," Nicole has still managed to cause huge offence - shocker - so much so that her YouTube account was temporarily suspended.

Wow, I'm the first comedian in the history of @YouTube to be #censored There are graphic videos about murder and torture, but satire is 🙊🙅🏼

Since posting the video, it has had over 20 million views on Facebook and more than half a million views on YouTube and although some people are in favour of what Nicole has to say, many are not, she's even been compared to Katie Hopkins...EEEKKK.

@NicoleArbour your "dear fat people" video was disgusting and mean. Go away please.

Feel free to have your own opinion, but most of what you said in that video was completely incorrect and disrespectful @NicoleArbour

While some people have tweeted about it, others like singer and song writer Meghan Tonjes have made video response to show their disapproval. In her teary response to Nicole's video, Meghan states that "it's not necessarily the video, it's just the mindset I find really upsetting, even if it's done for, like, satire or comedy, which this just isn't. I find it really harmful."

Nicole is yet to apologise for the video, but has been busy on Twitter.

You're nobody till somebody Lov...Prints the worst photo they can find of you. 😂

The reason there's an issue is because I don't "look" like a traditional comedian. If I were a guy, people would have lol'd n moved on.

Whoever just called me the Kanye West of @YouTube on the radio in London...I'll take it! 😂😂 ...and a pair of Yeezy Boost please.

What do you think of this video? Tweet us @SofeminineUK

#TreatYoself Pay Day Haul: Fashion, Beauty And Everything In Between
by the editorial team