Microfeathering Is The New Eyebrow Treatment You Need To Know About 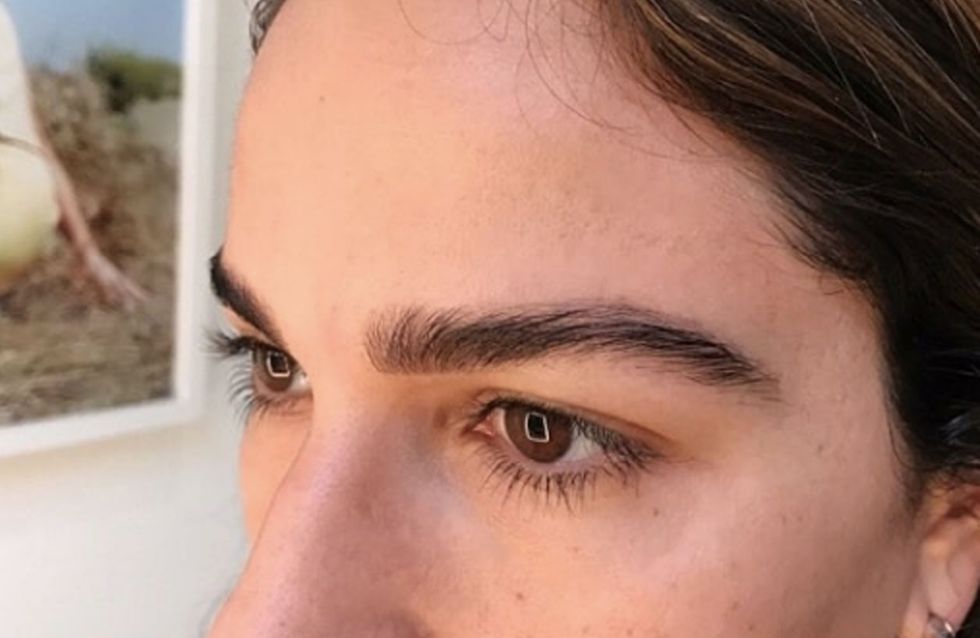 If you're forever scrolling Instagram in search of a new brow muse, it's time you called off the search because we've found it in brow wizard Kristie Streicher who counts the likes of Adele and Gwenyth Paltrow as fans of her amazing 'microfeathering' technique. Microblading may have finally met its match...

Who could have predicted those nights spent in front of the bathroom mirror plucking every eyebrow hair from our faces during the noughties would later lead to years of regret and despair at the thin lines that now lie in their place?

Because while the array of products available to us, including powders, waxes and pencils to name a few, do give what remains of our brows some much-needed plumping, such solutions are only temporary and not to mention time consuming.

No wonder then, kids of the nineties went loco for microblading when it burst into the beauty realm: a hair-mimicking treatment that completely changed the brow game, promising us the natural looking semi-permanent, bolder brows we've always dreamed of, and more importantly, transforming our idea of previously shudder worthy 'eyebrow tattoos' forever.

But while microblading is understandably just as popular today, like the greedy lot we are, we still want MORE. Specifically speaking: thinner strokes, longer-lasting pigment and an even more natural look which is exactly what new kid on the brow blading block 'micro feathering' can provide, apparently.

What on earth is 'micro feathering'?

At the helm of the new treatment is eyebrow guru to the stars Kristie Streicher whose needling technique is taking LA by storm. She's already got her hands on some of the hottest A-listers' brows in the game including Adele, Gwyneth Paltrow, Mandy Moore and Lorde.

As the phrase 'feathering' suggests, microfeathering involves a lighter, less-defined application technique than microblading - think fluffy, natural-looking brows, rather than the clean, sharp Instagram arch we're used to. The result is so subtle that it's difficult to tell if the brows have been bladed at all and that's certainly a plus if you're looking to boost your brows without the tell tale signs of fading ink.

Speaking to Refinery9, Kristie explained: "I love brows that are wild and sprout-y in the front, and a little bit longer on the ends — they just look beautiful, I've always likened it to lashes; the more lashes you have, and the more brow hair you have, the more healthy, young, and refreshed you look."

"I just add little, tiny hair strokes, just a few, and it really makes such a difference," she says. "I see a lot of tattoo artists using the same template and brow outline for everyone, which often ends up looking very artificial, but with microfeathering, you're left with a full-looking brow, rather than a microbladed brow."