by Helen Turnbull Published on 21 March 2017 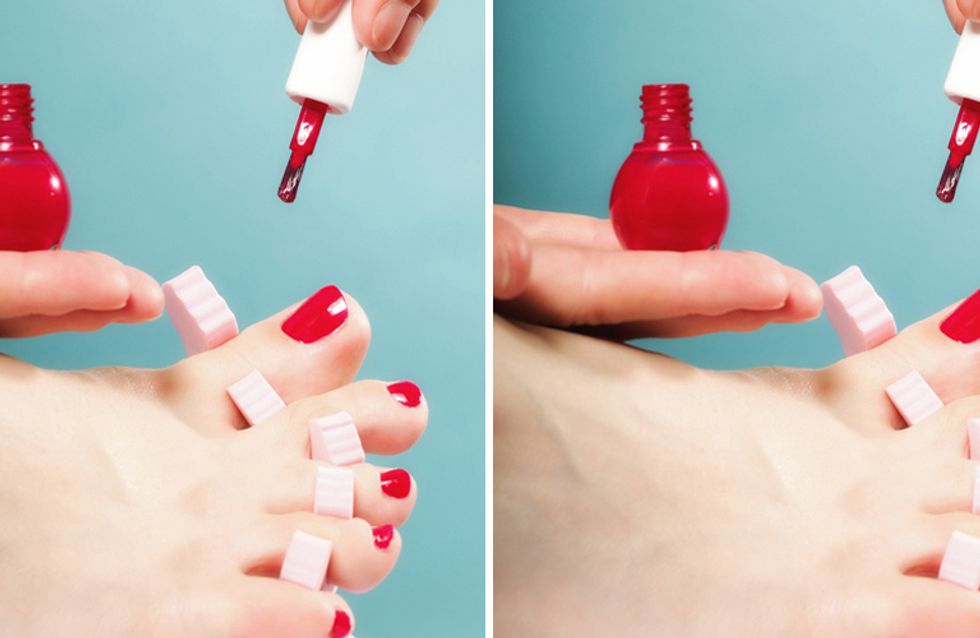 Welcome to 2017: the year beauty salons can justify charging 'overweight' people more than 'non-overweight' customers, apparently. One American nail salon is being rightfully trolled after one customer spotted a sign in its window which detailed the controversial policy. Rose's Nails in Memphis, Tennessee, is being branded 'rude' and 'distasteful' for its fat-shaming stunt and has probably lost a lot of business as a result.

Imagine booking a pedicure at your local nail salon only to discover you have to cough up more than stated on the price list as they deem you 'overweight'. That's exactly how a beauty parlour in Memphis, Tennessee, operates. Deshania Ferguson was understandably outraged to discover a sign in the window of Rose's Nails which detailed a fat-shaming policy and she did what any self-respecting human would - shared it on her personal Facebook page of course.

It read: "Sorry, but if you are overweight, pedicures will be $45 due to service fees for pedicurists. Thank you," which caused confusion among Deshania's Facebook community with many questioning exactly how someone's weight determines a pedicurist's service fee - surely only the size, number and condition of the toe nails are the only determining factors?

After much deliberation in the comments, a fellow pedicurist explained the thinking behind the salon's sign but in no way justified it, writing: "Lmao tell their staff to lift weights. I can somewhat understand where they're coming from but I'd never post a sign that's so rude and distasteful. I'm a small woman so I struggle lifting up the heavy legs of clients whether they're over weight or 6'9 300lbs. It's a part of the business, accommodate the clients."

People haven't taken lightly to the discovery with many fuming that they plan to boycott the salon. One commented: "That's fucked up" while another added: "And I will never give them a dollar!!!!"

The salon owner has since denied he's the author of the sign, according to news.com.au, but did tell a local TV channel that he refuses to serve severely overweight customers as they'd broken his expensive pedicure chairs in the past. He also revealed the salon has an additional sexist policy in place whereby men are charged $5 extra, no matter what the service, because they weren't as frequent customers as women which is obviously fair. SIGH.

Your Gel Nails Could Give You Cancer, No Kidding