by Helen Turnbull Published on 30 August 2017 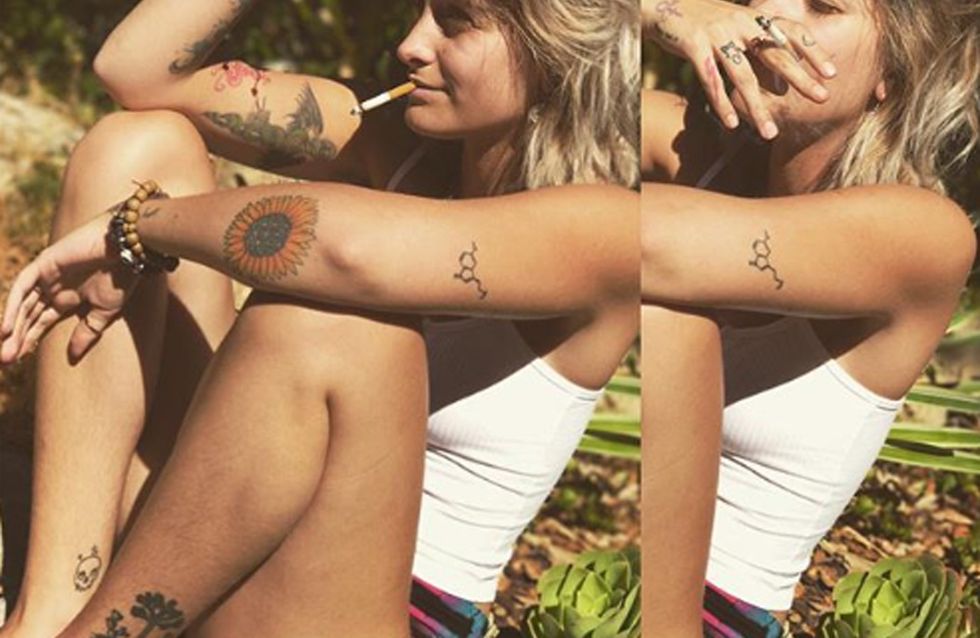 Summer may be on its way out but I'm convinced we still have a few weeks of bare-leg weather left before we're forced to banish our pins to the confines of skin-tight jeans when winter, no doubt prematurely, sets in. But there's a simple alternative to enduring the thrice-weekly chore of ridding your body of its perfectly natural hair - letting it be.

Paris Jackson is setting an example to girls everywhere by challenging the societal standard that says women must be hairless from the eyebrows downwards. The only daughter of Michael Jackson is leading a new no-shave movement by refusing to shave her body hair, proudly showing off her legs and armpits in all their hairy glory on social media recently.

The 19-year-old actress took to Instagram to share the fruits of her labour - her growing leg hair as she competes with her brother. She captioned the image: "If you're not competing with your brother over who can grow longer leg hair wyed." Paris also used the app's Stories feature to show off a close-up of her legs, comparing them to her brother's.

Paris took to Twitter to explain her decision to ditch the razor, using a meme like you'd expect any self-respecting millennial to. She captioned the Game of Thrones-themed meme: "Why don't you shave? Me:"

"why don't you shave?" me: pic.twitter.com/dwy24uSrCW

The model's recent urge to display her unshaven body for social media to see comes days after she flashed her growing armpit hair on the red carpet at the MTV VMAs on Sunday. She wore a sleeveless top and placed a hand on her hip, meaning her fuzz was on full display.

Will you be following Paris' lead? Let us know @soFeminineUK

Why Women Everywhere Are Ditching The Razor For A Whole Month​