The Surprising Reason This Woman Got Tattoos To Replace Her Toenails 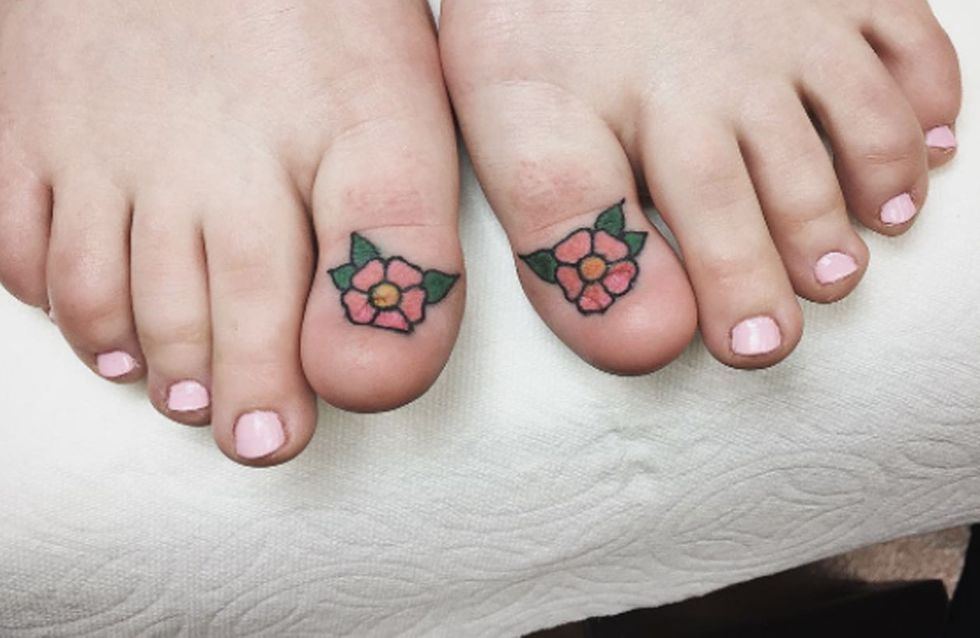 Sometimes the internet can be like one big game of Chinese whispers, and never more so than for this poor girl whose tattooed toes became one big butt of a joke. But now the tattooist responsible for the rose inkings is speaking out and hitting us with facts, proving there's so much more to this story than meets the nail.

Call us easily amused, but when a lol worthy meme appears on your feed, so funny it stops you scrolling in your tracks, it sure can make our days a little brighter (two words: Salt Bae) that is, if you aren't the subject of it of course!

Spare a thought then for this woman whose tattooed toes were shared hundreds of times on the internet, after being turned into a meme with the caption 'got my toenails removed and got these beautiful flowers instead.' Now the tattooist responsible for the floral inking is speaking out and hitting us all with the real facts.

“They were removed surgically when she was young due to a medical condition that made her nails go ingrown constantly, [it was] one of the more unique ones I've had to do” he wrote on his own Instagram account, with a photo of the missing nail in question.

He posted a photo of both her big toes together, revealing after initially just having the one flower inked, the woman had returned to the studio to have the same treatment on her other big toe to make them match. He said, "The one toe I posted earlier prompted her to come in for this! What a trooper. I'm sure not an easy area." We can imagine this was indeed as painful as it looks.

We're firm believers in doing whatever makes you feel confident, so if that's tattooing roses on your toes we say kudos, you do you.

What do you think of this unusual inking? Let us know @SoFeminineUK

People Are Tattooing Freckles Onto Their Faces... And We Kinda Like It TBH