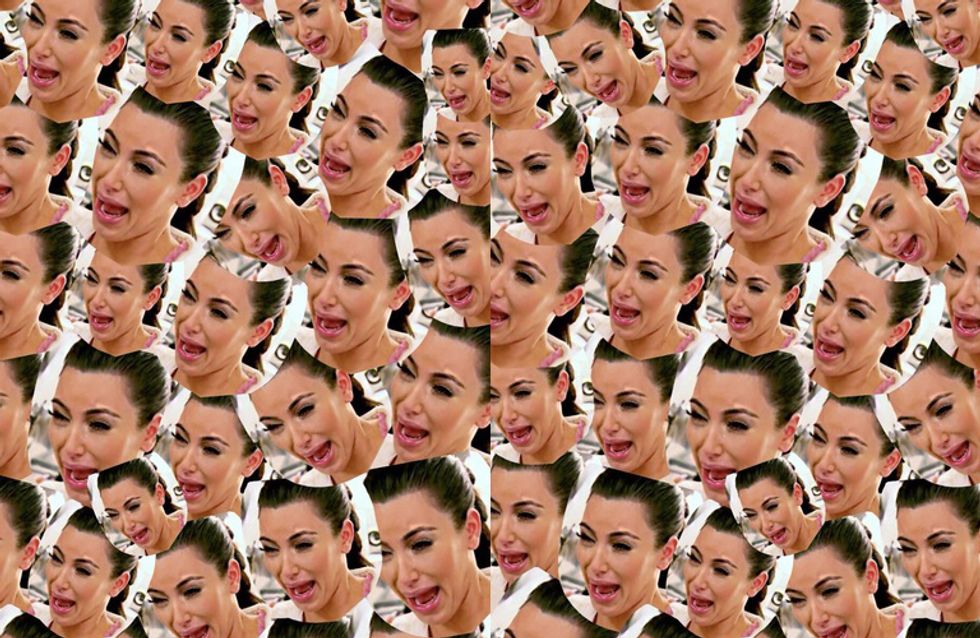 Lena Dunham and Gloria Steinem recently came out as office criers in this week's Lenny Letter, making women all over the world rejoice and sing 'It's my office and I'll cry if I want to'. So why is crying at work still such a taboo?

"Never cry at work" is the one piece of advice that’s always given to women before their first foray into the working world. You see, crying at work makes you weak and more often than not the same old ‘on-your-period’ joke will rear its ugly, mocking head. Every single tear you cry within the confines of your office feels like another finger slipping off the rung of the ladder you’re trying to climb. Because, men don’t cry at work. Men are stoic, and because they don’t cry it means they can handle work better than us. Right?

Wrong. Everyone cries at some point or another. It’s not because you’re emotionally unstable, or weak, or gentle. It can be for all different things. Even the strongest women cry. Lena Dunham cries. So does Gloria Steinem. Gloria freaking Steinem, queen of the women, has a cry every now and again.

Lena brings up the subject of crying in her latest Lenny Letter interview, which Steinem speaks of the phenomenon we all know too well: angry crying. Because it’s true, isn’t it? Most crying at work is born from anger or frustration, more than anything else. Lena explains that when she angry cries, she finds it really embarrassing. It’s a feeling we’re all familiar with. But Gloria says you should embrace the angry cry and, instead of trying to hide it, just let it happen, but make sure everyone knows it’s because you’re angry, not because you are sad.

It’s a strangely identifiable feeling, but for some reason it’s still terribly taboo. Even though a normal occurrence in workplaces all over the world, why is it considered so weak to express emotion? Gloria sums it up well when she says:

‘We try to stay in control too long and then burst out. Instead of saying what we’re angry about in a reasonable way, suddenly we just explode. A woman who was an executive told me once that she got angry in work situations where she needed to get angry, cried, and just kept talking through it. She had mostly men working for her, so it wasn’t so easy to be understood. And she would just say to them, “I am crying because I’m angry. You may think I’m sad. I am not sad. This is the way I get angry.” And I’ve always wanted to do that. It’s still my goal. To say: “This is how I get angry. I am crying because I’m angry. Because I am crying, I will live longer than you.”’

It’s a club we all belong to, and it feels great to have successful women telling us that it’s normal, that they are, after all, just a person with human emotions too. We need to think of our tears in a different way. Why would we angry cry? Because we’re passionate about our jobs, about doing a good job and we need to show that passion. Maybe not throwing all our stuff off our desks as we sob and scream in an amazonian fashion. but instead of heading to the toilets, or the quiet solitude of a meeting room, have a cry at your desk, express the reason that you’re crying. You’re only human, after all.

Have you ever cried at work? Tell us of your experience: @sofeminineUK

How To Nail Your First Week In Your New Job​​

10 Simple Steps To CV Success Straight From The Recruiter's Mouth​​