by Emmy Griffiths Published on 17 September 2015 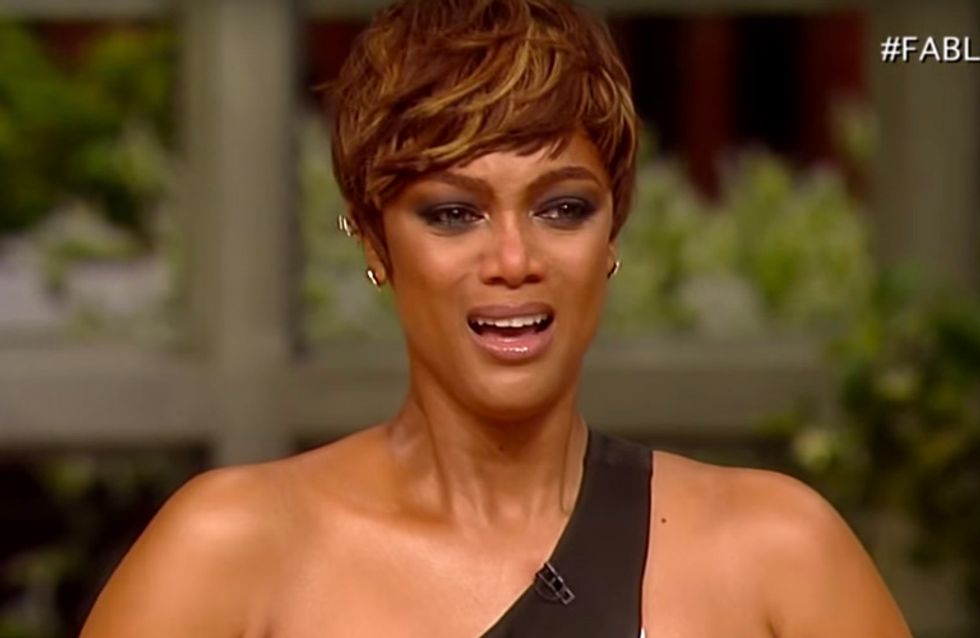 Being a celebrity has it's downsides. Sure you have all the money, fame and success that you could ever want, but in doing so you basically give up people respecting your privacy. So if you're happily married or in your thirties or forties, you will inevitably be questioned about your future plans of motherhood. Chrissy Teigen and Tyra Banks discussed the never ending questions while revealing that they have both struggled to conceive...

Appearing on Tyra's talk show Fab Life, Chrissy spoke about the difficulties she has experienced in getting pregnant, and how hurtful it is to be continuously questioned about having a child while she is going through the struggle.

She said: "Every single time I sit down for an interview with anybody, I mean John and I have been together for so long now, we met when we were twenty I'm almost thirty now...just being two years into being married the questions just come from all over and it's kind of crazy because I can't imagine being that nosey to be like: 'when are the kids coming' because who knows what somebody is going through."

"I will say honestly, John and I were having trouble we would have had kids five, six years ago if it happened but my gosh it's been a process. We've seen fertility doctors and when you open up about those things to other people you learn that a lot of people in your life are seeing these people and they have this shame about it."

She continued to say how it was an insensitive question, especially if asked to a person who was very much struggling to conceive, and finished her mini-rant by saying: "I hate it. Stop asking me!".

​​Things became extremely emotional when Tyra shared her own experiences about being unable to conceive.

Tearing up, she said: "I'm so tired of seeing on my social media 'why don't you have kids why don't you have kids' - 'you don't know! You don't know what I'm going through and you have no idea and for a long time...I used to tell myself 'in three years I'm going to have kids'...and just every single year I kept saying that and after a while I said 'ok now I want to' and it's not so easy."