Home / Parenting / Giving birth / VBAC delivery: All you need to know about Vaginal Birth After Cesarean

VBAC delivery: All you need to know about Vaginal Birth After Cesarean

by Lareese Craig Published on 10 November 2013 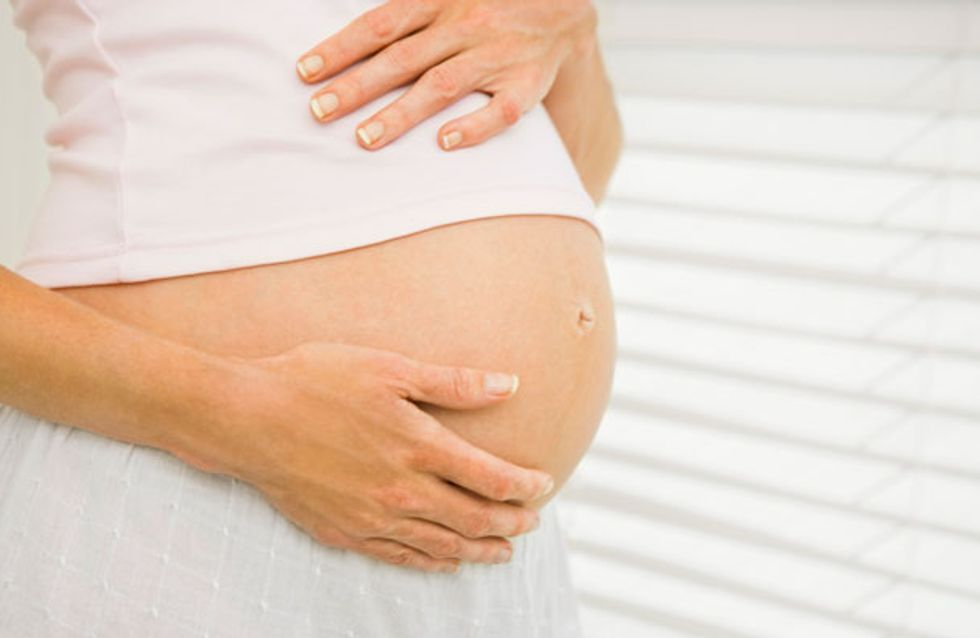 Trying for a vaginal birth after having a previous child by cesarean can be a daunting decision to make. If you're considering VBAC (vaginal birth after cesarean) you'll want to know all the facts: What it is, how to prepare for it, the risks and complications involved and the rewards. Who better to give you all the answers than Channel 4's One Born Every Minute midwife Gemma Raby? We spoke to her to get the lowdown on VBAC...

If you delivered your first baby via cesarean you probably have a strong desire to give birth naturally the second time round.

As painful as it is, it's every mother's instinct to want to experience every joy (and pain) of delivering her child with minimal intervention.

It's important to have this opportunity as vaginal birth has many physical and psychological benefits for both mother and baby.

What is a VBAC?

A vaginal birth after cesarean (VBAC), also known as trial of labour or unassisted birth after delivery (UBAC), should be discussed with your midwife so you can work out a birthing plan that suits you and reach an informed decision together.

And of course, having previously gone through a cesarean delivery, if you're keen to try for a VBAC then you'll probably have a few questions, doubts and concerns.

One Born Every Minute is the perfect source of education for mums-to-be and broody women across the country (we're obsessed) which is why we put together a Q&A session with Channel 4's One Born midwife, Gemma Raby.

Why would I want to opt for a vaginal birth after cesarean?

"Many women often feel that they want to experience a vaginal delivery because the previous baby may have been born by cesarean without a labour. This can cause women to feel less involved in the delivery process.

"​Most women also recover much quicker following a vaginal delivery than after a cesarean section so this is one benefit of VBAC."

What about rupture of the uterus? Is this a high risk?

"​The risk increases slightly again if there has been more than one previous cesarean to approximately 0.90%, however some research indicates that the risk of rupture is no greater following one cesarean than after three.

"Essentially the risks are statistically very small, however the decision to have a VBAC should always be made with an obstetric consultant as there may be individual risk factors to consider."

How can you prepare for VBAC?

"Make sure the decision has been made with the support of your birth partners and after discussion with the obstetric and midwifery teams. These professionals are experts in their field and are there to ensure you and your baby have the best possible outcome and a safe delivery.

"Make a birth plan, some women are happy to labour spontaneously with VBAC but wouldn't like to be induced, know your options. Many women successfully use hypnobirthing to accomplish a vaginal delivery following cesarean, in fact there are specific courses for women planning a VBAC.

"It's usually recommended to deliver in hospital due to VBAC being a higher risk labour, so meet with the midwives to discuss what is and isn't recommended during labour, there may be guidelines in place which may impact on the birth plan you've made. Remember, preparation will help you to retain control of your birth experience."

How does VBAC differ from cesarean delivery?

"If a cesarean is done as an emergency it can be a frightening time. Women often express a lack of control in the decision-making process even though efforts are always made to limit this. Elective cesarean eliminates the need for labour, your baby's birthday is pre-booked and this can eliminate some of the stress of the unknown.

"Experiencing VBAC means going through contractions. There is no certainty as to the date and time when labour will start. This means that you will get to experience your own individual labour which can be very fulfilling. Remaining active will increase the chances of a successful VBAC, use active birth techniques, TENS, breathing and hypnobirthing."

Is there anyone who isn't suitable for a VBAC?

"This can be related to the reasons why the cesarean was performed in the first place. It's important to understand the reasons for your previous surgical delivery, debriefing with senior midwives and making decisions with obstetric consultants can help you to make the safest delivery for you."

What are the risks and complications?

"Approximately 25% of women attempting a VBAC will require an emergency cesarean, sometimes due to concerns for the baby's wellbeing, sometimes if the labour is not progressing as expected. The risk of complications such as bleeding and infection are higher with an emergency than an elective cesarean, however the risk of cesarean with VBAC is only slightly higher than the same risk during delivery of a first baby.

"The main risks are those associated with rupture of the scar, also if you've never laboured before or successfully delivered vaginally, your ability to labour and deliver a baby vaginally is unknown, however this is also true during a first pregnancy and labour.

"I would always advise women considering a VBAC to make the decision with the professionals who will care for you during your labour, many units offer advice specific to VBAC so make the most of these services."

If you've got any VBAC advice for mums-to-be we'd love to hear from you, tweet us @sofeminineuk

by Lareese Craig
#Pregnant
For all the best videos, memes and shareable news!

4. Over there!
by the editorial team