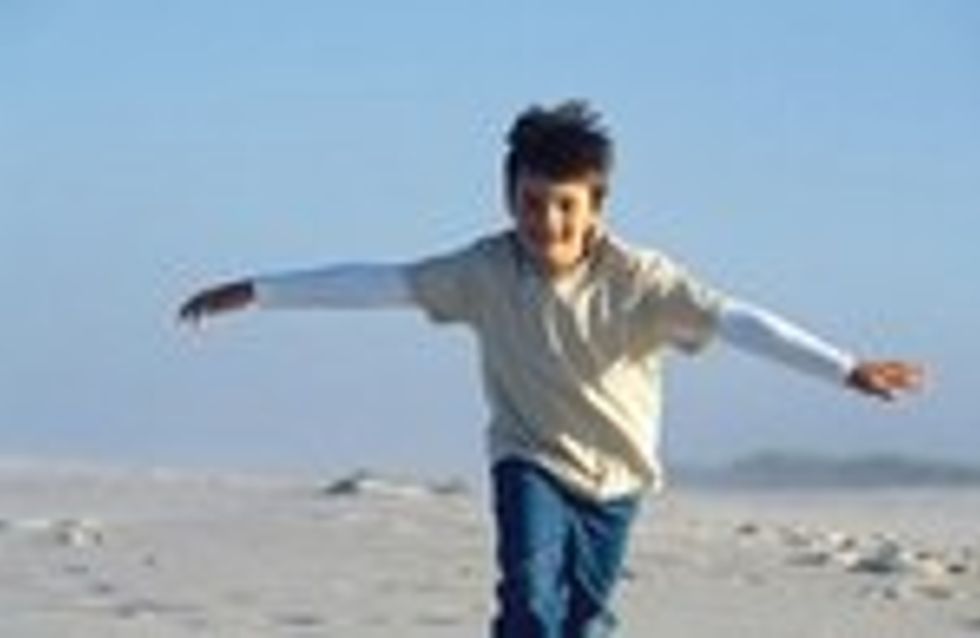 Is your child a little monster, leaping all over the place, shouting, struggling to concentrate and learn to read? Your child could be hyperactive. It’s difficult for both the child and their family to live with. Here’s some advice to help manage the situation in the best way possible.

What is hyperactivity?
Behind hyperactivity often lie other symptoms such as inattention and impulsiveness. This behavioural condition is known by the acronym ADHD (Attention Deficit Hyperactivity Disorder) and is a neuro-behavioural syndrome. It manifests itself in many ways: attention, concentration, perception, conceptualisation, coordination, language and memory problems. This is why hyperactive children often have problems at school.

How can you tell if a child is hyperactive?
It isn’t easy to distinguish between an excessively disruptive child and a truly hyperactive child. There are no neurological or psychological tests which can isolate the condition. Symptoms can sometimes be recognised from birth (constant crying, screaming, restlessness, sleeping problems, jumping around etc) but hyperactivity often only becomes apparent when the child starts school. If they don’t stay seated, fidget with their hands and feet a lot, wriggle around on their chair, get up constantly, climb and jump everywhere, suffer from concentration problems, are unable to fix their attention for more than a few seconds, can’t accept 'no' without hysterics and are over-emotional, there's a strong possibility that they suffer from hyperactivity.

How is hyperactivity treated?
Although there’s no cure, it’s possible to treat the consequences of hyperactivity-related problems in order to ease them. Many of the drugs used to treat hyperactivity are stimulants or amphetamines. The most well-known one is Ritalin which, somewhat ironically, is a stimulant that actually calms hyperactive children down and improves their concentration. Treatment has to be long-term and all-encompassing. Psychological treatment might be useful to both the child and the family. Therapy (psychotherapy and behavioural therapy) produces good results because it helps children channel their energy and learn how to manage their emotions.

Can hyperactivity be prevented?
Hyperactivity is a complex disorder, and it’s rare to be able to isolate the exact cause. However, studies have shown that half of hyperactivity sufferers have at least one member of their family with the same symptoms. The fact that it could be hereditary should therefore be taken into account. Other factors, like exposure to certain toxic substances in the womb (alcohol, lead, some drugs and chemical substances caused by pollution) or a lack of oxygen at birth, have also been identified. The best way you can try to prevent it is by avoiding all risks during pregnancy.

Helping your child in daily life
While medical treatment prescribed by your doctor is a valuable aid for your child, your role as a parent is also essential.
- Create the right environment for their needs: a hyperactive child is particularly sensitive to any kind of external stimuli. It’s best to allocate one single task at a time to them, and create a calm environment to encourage concentration. This is essential at homework time, for example.
- Avoid surprises: a hyperactive child struggles to cope with unexpected events, to which they often respond aggressively. They need a reassuring routine with set times for events and activities (getting up, meal times, naps, games and going to bed).
- Encourage your child and give them responsibilities: a hyperactive child often does one silly thing after another and can lose their self-confidence if too many of their mistakes are pointed out. Whilst it’s important to set them limits that they mustn’t go over, it’s also important to encourage them so they feel valued. Trusting them with certain simple tasks allows them on the one hand to channel their energy, and on the other hand to become autonomous.

Pitfalls to avoid for parents of hyperactive children
Bringing up a child requires a lot of energy, even more so when your child is hyperactive. Although it's easier said than done, it’s important that you stay calm.
- High-risk situations: a hyperactive child soon feels overwhelmed around lots of noise. They’ll start running around, shouting, and will quickly become unmanageable. To prevent this type of situation, it’s best to avoid taking them to the supermarket or cinema at busy times.
- Don’t shout: when they disobey you, entering into negotiation is of no use. Explain the reason for the ban/refusal clearly but calmly to prevent tension from escalating.
- Don’t lose control of your emotions: you’ll often feel overwhelmed faced with a hyperactive child. You can easily find yourself giving in to stress, feeling guilty and admitting defeat, but you need to keep it together in front of your child because you’re their figure of authority and they need you to be in order to develop.
- Don’t neglect yourself: taking time out and thinking about yourself from time to time is essential. This form of release enables you to escape from the pressure, empty your mind and relax. Making time for yourself is something you really shouldn’t neglect.

by cheree
From hair ideas to outifts, look no further for your daily inspiration