by the editorial team Published on 16 September 2009 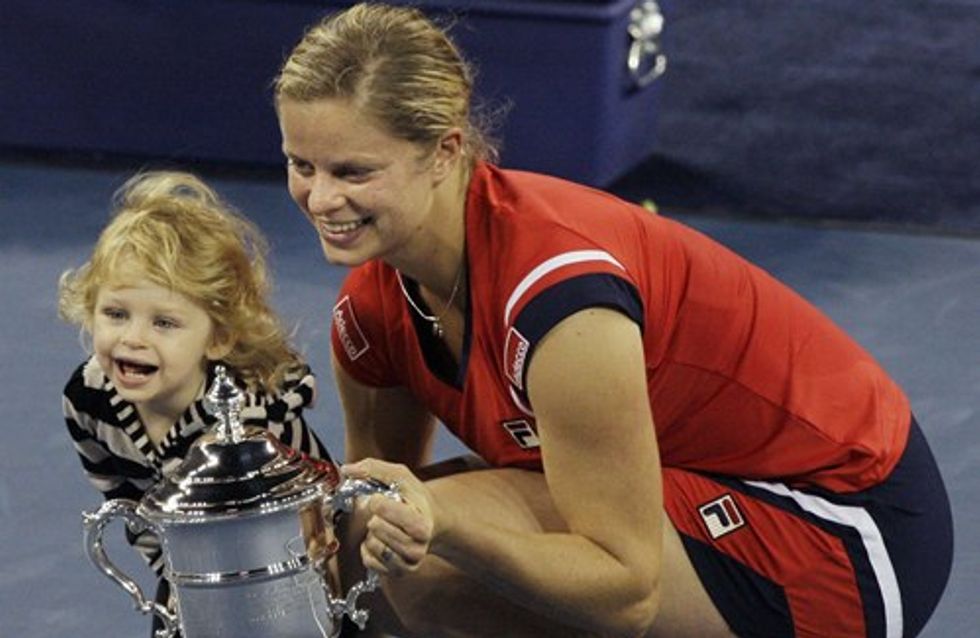 The 26-year-old, unseeded for the event, knocked out both Williams sisters on her way to victory before defeating Caroline Wozniacki in straight sets in the final. Just a month after returning to competitive tennis, Clijsters becomes the first mum to win a Slam for nearly thirty years (Yvonne Cawley-Goolagong was the last, at Wimbledon in 1980).

Like Paula Radcliffe, Clijsters is a fine spokesmodel for women in sport and the sight of the champion celebrating with her 18-month-old daughter Jada shows that motherhood and top-level competition are far from incompatible.

"I don't have words for this" commented Clijsters. "I'm just glad I got to come back and defend my title from 2005."

It's a shame that reigning men's champion and new dad Roger Federer didn't acquit himself as well in the men's final. The Swiss master, who recently became a father to twin girls, lost in 5 sets to Juan Martin del Potro.