These Photos Show What Life With A Toddler Is REALLY Like

by Emmy Griffiths Published on 13 March 2015 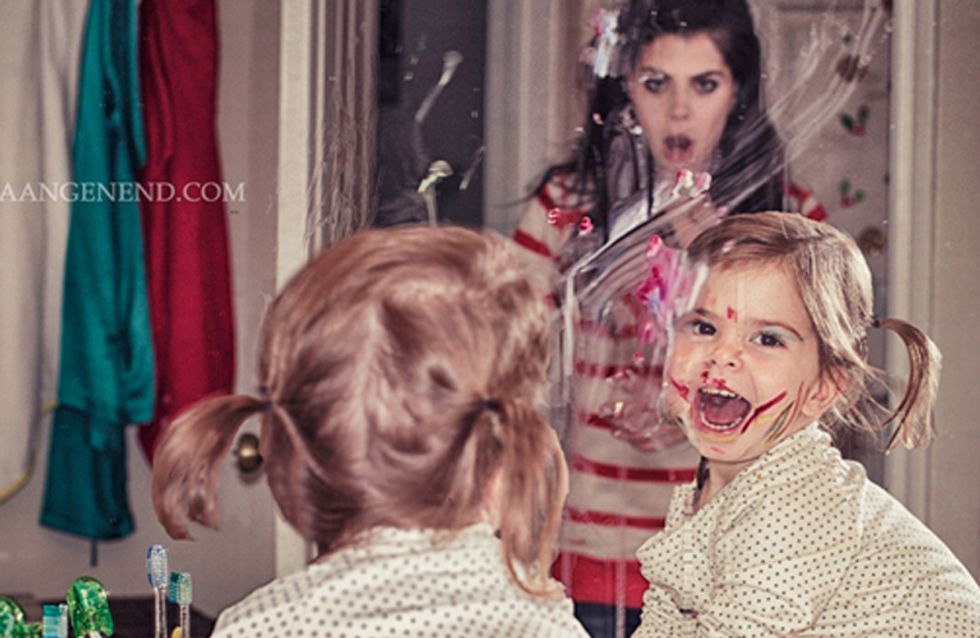 Family portraits traditionally show the family at their best: happy…contented…clean, but what about actually capturing the real reality of a day when the house is trashed, you haven’t washed your hair in a week and your toddler won’t stop crying?! Photographer Anna Angenend has recreated all of the frustrating yet hilarious moments with her two-year-old that we think every mother will relate to…

Anna began the photo series last August during back-to-school season. She told Sofeminine: “I shot the first image…as a joke about my real feelings on school starting up. My friends who are parents related to the photo and enjoyed it, so I shot another one. The rest is history!”

The photos, named the ‘Mom Life Series’, include Anna’s adorable toddler trashing the kitchen, getting into her mum’s makeup, and generally never giving her frazzled mother a moment’s peace. Sound familiar? The hilarious photos might be exaggerated for the funny factor, but it's had Mum's everywhere identifying with the less-than-perfect family photos. (and some others swearing off children forever)!

Anna knew they would relate to everyone who has a toddler. She said: “I love that parents all over the world can relate to these images. I think it goes to show that we all have these moments whether we like to admit it or not!

“It’s important to embrace this chaos and learn to laugh at it and love it. I am, because I know it’s going by so fast!”

However, it also seems that Anna's depiction of the choas that comes with having a young child could be a little too honest. She joked: "I think I've accidentally managed to convince a lot of people not to have kids through these images, whoops! That's a shame, because being a parent is 10x as fun, wonderful and rewarding as it is challenging."

We have to agree!

What hilarious memory would you want to recreate with your child? Tweet us @sofeminineUK!

Check out some of Anna's amazing photographs: 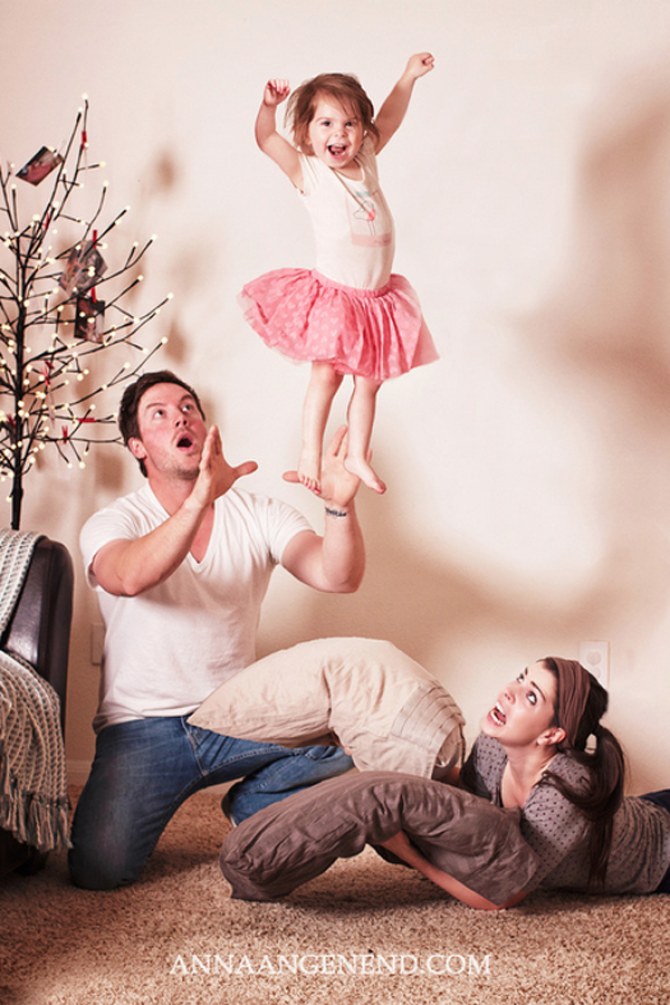 © AAP Images
by Emmy Griffiths
For all the best videos, memes and shareable news!