Home / Parenting / Children / Why Do Kids Bully? What Every Parent Needs To Know

Why Do Kids Bully? What Every Parent Needs To Know 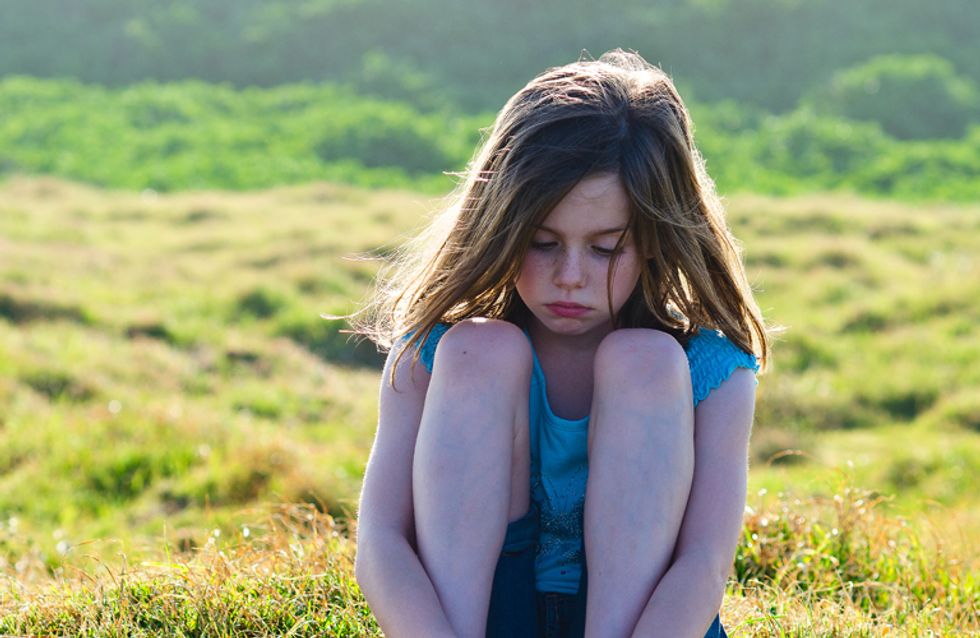 Over the last fifteen years, school bullying has become a national concern. It’s gotten so bad that many bullied kids change schools once the teasing turns emotionally and physically violent. Parents who find out their kids are bullies struggle to understand how that could happen. Well, it happens for lots of reasons. Here's why kids bully and how you can get them to stop!

We’ve all coped with a bit of teasing in primary and high school. Kids can be cruel little monsters, but luckily, most of us grow out of that mean stage and turn into well-adjusted, empathetic adults.

​But there are some kids who continue to use nasty behaviour to get their way and make the lives of their classmates and friends pretty terrible.

Our girl, Ellen Page, puts it quite succinctly:

So that also means there are kids who go to school every day and treat others badly for no apparent reason. We refer to them as bullies, mean kids, day-ruiners, as well as sons and daughters.

​As an adult, emotions are difficult enough to handle but when it comes to children, they don't always know how to work through complex emotions in a productive way. Bullying then becomes a solution for getting out their aggression and getting what they want.

"No child is born a bully, but ALL children are still working out how to get what they want in the world​," begins ​Dr. Laura Markham, author of Peaceful Parents, Happy Kids: How to Stop Yelling and Start Connecting and creator of AhaParenting. "That means using whatever power they have. If we have modelled for them how to use power appropriately -- meaning with respect for other people -- to get what we want, they will learn that."

Let's explore why kids bully and how parents can change their ways.

All kids try out bullying behaviour

Dr. Markham says that "even if we model well, every child will experiment with power in ways that misuse it. For instance, most four year olds will say, when they are upset and trying to get what they want, 'If you don't do it my way, you can't be my friend!' That is a precursor to bullying, meaning it is a misuse of power."

​​Thankfully, parents usually explain to their kids why that type is response isn't appropriate and unfair and full-blown bullying is avoided.

Bullies don't know how to deal with their feelings

"Children bully to feel better about themselves," says Dr. Markham. "Either they have been punished by parents or they are in social situations that encourage bullying."
​
When some children feel embarrassed about getting in trouble with a parent or teacher, they'll misdirect their anger towards a classmate or friend who they think is weaker than them.

"​Kids can also be traumatised by witnessing violence, either in person on on screens, and they act out that violence in an unconscious attempt to work through that trauma."

As always, Dr. Markham encourages parents to be patient with correcting bullying. "When you see a child bullying, see it from their point of view. What are they trying to get? Empathise with that and with their frustration that they can't get it unless they use force. Help them see that they don't have to intimidate, threaten or attack the other person to get their own needs met."

Kids want to know their feelings are important to their parents and teachers - not ignored. Constantly sending bullies into time out or shouting at them in front their siblings, is only going to flame the anger and insecurity they have inside, leading to more undesirable behaviour.

Ask bullies questions to get to the root of the problem

Talking it out rather than labeling your child a bully is the best way to stop it. Dr.Markham suggests taking them to a safe place and "ask what your child was trying to 'get' in the interaction."

After you get an explanation, follow-up with questions that show you care about how they feels and how they treats others. "Ask how that worked out for them," instructs Dr. Markham. "Did their approach work to get what they wanted? How did they feel? How did the other person feel? Would they do the same thing again?"

​"This kind of conversation is what helps children develop good judgment and realise that there are better alternatives than bullying to get what they want," Dr. Markham assures.

Bullying could be a reflection of parenting

Dr. Markham has some hard truths for parents: "The definition of bullying is to 'use superior strength or influence to intimidate (someone), typically to force him or her to do what one wants.'

"That is also the definition of punishment, so parents who punish are teaching their child to bully. I've never heard of a child who was raised with gentle parenting becoming a bully. Kids who are raised with authoritarian parenting have the experience of seeing power misused."

Be a better role model for your child

Children learn their behaviour from their parents, so it's time to lead by example.

"Stop punishing your child and start coaching your child so he or she can deal with their emotions in a more intelligent way," Dr. Markham says. "A parent who can have the kinds of conversations described above, and who does not punish, will raise a child who not only doesn't bully, but who is more likely to be able to stand up to a bully."

If you realise your child is kind of a bully, trust yourself as a parent to guide them away from alienating habits.

"I would emphasise to the parent that all children experiment with bullying to get what they want, but as they learn better ways of relating, they stop," concludes Dr. Markham. "Ultimately bullying is less satisfying than friendship. It's the parents' job to model respectful relating that doesn't abuse power, and to set the standard of mutual respect."

How do you talk to your kids about bullying? Tweet us @sofeminineUK!

Why Do Kids Lie? How To Get Your Kids To Start Telling The Truth

11 Things You Ought To Know About Attachment Parenting

No More Spanking! Get Your Kids to Listen Without Losing Your Cool