Kourtney Kardashian Explains Why Being Naked And Pregnant IS Sexy

by Dagney Pruner Published on 3 December 2014 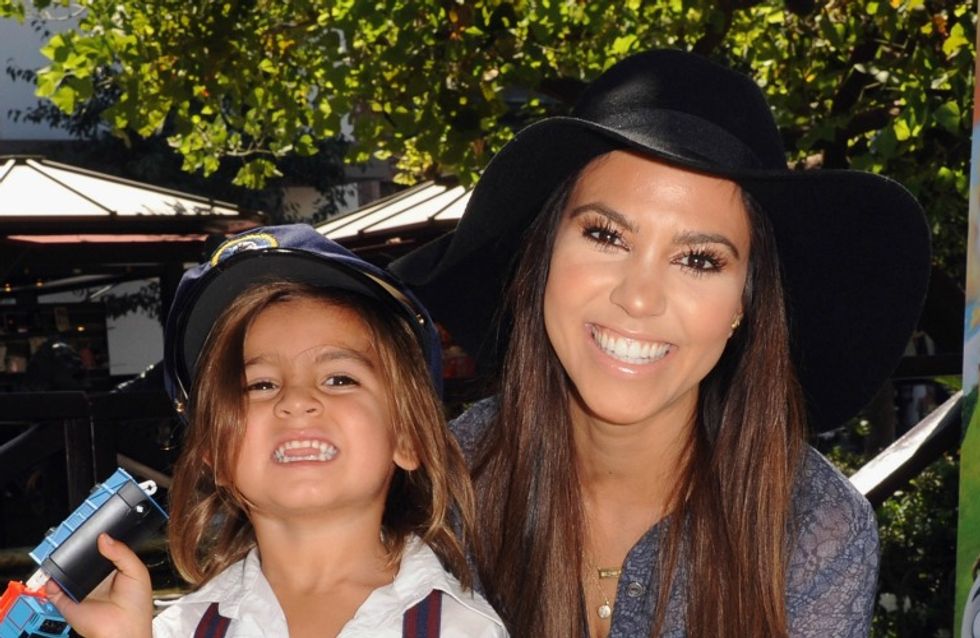 Kim Kardashian's Paper Magazine cover made quite the splash after the full frontal pictures broke the Internet. Some of the naysayers of the magazine spread said Kim should not be posing in the nude because she is a mom. Kourtney Kardashian decided to take a stand against shaming moms naked bodies and posed nude for DuJour Magazine with her very pregnant belly. We must say, girlfriend looks damn good.

Would it be a little awkward to be able to Google your mom and find naked photos of her? Sure. But then again, your mom probably isn't one of the most famous reality stars of this generation. Following the backlash of Kim Kardashian's nude Paper Magazine spread, Kourtney decided to make the point that pregnancy and motherhood should not make women ashamed of their bodies or their sexuality.

Kourtney, 35, encouraged women to embrace their bodies: “To me, nudity is not something to be ashamed of. I’m not embarrassed of my body. I’m at my best when I’m pregnant. It’s such an amazing feeling, the transformation that your body goes through. There’s something about that that’s so empowering and beautiful and I just really embrace it.”

We hope we look half as a good as Kourtney does that pregnant. She and boyfriend Scott Disick announced their pregnancy in June of this past summer, so she is estimated to give birth any day now. This will be the third child for the couple who already gave birth to Mason, an unplanned birth and that brought the couple back together (the epitome of reality TV romance), and daughter Penelope. Although not confirmed, rumour has it they are pregnant with a baby boy. The Kardashians have enough women in their family so let's hope they are painting the nursery in their mansion blue.

When asked whether Kourtney would push the envelope as far as her sister with a full frontal photo shoot, she said she didn't think she would end up pulling the trigger: “I would never say never, but I don’t think so, no. What appeals to me is celebrating the shape of my body being pregnant and capturing that time in my life,” Kourtney said. “I wanted to do something that felt authentic to me rather than being pushed in a certain direction by somebody else. The appeal was to be involved in something I would say I had more control over than other photo shoots. No one telling me this is how you’re going to look and how you’re going to pose. It’s a wonderful thing to be able to show my children these photographs one day and say, ‘This was you inside.'”

Well given how fabulous Kourtney is looking in these pictures we think Scott is going to be angling for Irish twins. We hope for both their sake that her tata's stay just as they are after the baby comes. Congrats to the happy couple!

Do you think Kourtney proves that pregnant is sexy? Tweet at us! @sofeminineUK

10 Questions Every Woman Should Ask Before Cosmetic Surgery

5 Quick & Easy Hairstyles You Can Do In Under 10 Minutes
​
Happiness Quotes: 100 Ways To Think Yourself Happy