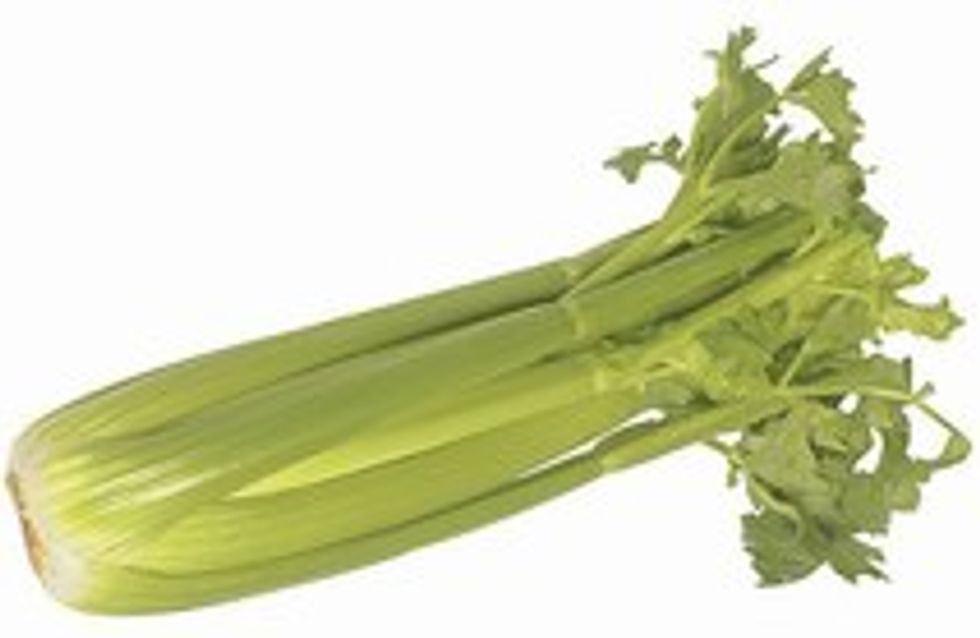 We don't always give that much thought to celery and celeriac, yet they crop up everywhere. It's not always obvious what to cook them with...let us give you some insight.

Check out our celery recipes.

The base looks like a fennel bulb but has long straight stems and green leaves at the end. Healthy celery has fairly dark green leaves, a white heart and narrow, firm stems.

It's best to peel it to remove the sections that are too fibrous and to pull out the stringy bits which are unpleasant to eat. Then cut it as per the recipe you're following.

All parts of celery are edible, stems, sides and leaves. Celery has a very powerful, bitter and acidic aroma. It's used in soup, broth and stock. The stem and ends can be eaten raw in a salad, cooked alone or with other vegetables (in couscous, for example). The leaves can be used as an aromatic herb. Celery is often added into dishes alongside other herbs to add flavour.

Celeriac looks like a big beige, irregular-shaped, ridged ball. It varies in weight from 600g to 1kg, and it can be anything from 15 to 25cm in diameter. Healthy celeriac should be heavy and firm, without any noticeable markings.

Cut the stem and root first if they subsist. Peel all the surface with a knife and remove the eyes. To stop it going black when it oxidises with air, drizzle the juice of half a lemon all over the surface, then cut it as required for your recipe.

It can be grated and mixed with mayonnaise to make remoulade or added raw to salads (but its tangy and slightly bitter flavour is likely to dominate!). It can be used in soup, mash, purée, as a side vegetable or incorporated into dishes (for example, cut into long thin strips and added to carrots and courgettes to make veggie spaghetti).

- Meat and fish as a garnish
- Mashed potatoes, with a touch of nutmeg
- Orange peel as a soup
- Soya sauce, roasted in the oven

In need of inspiration? See our celeriac recipes!

#Vegetables
From hair ideas to outifts, look no further for your daily inspiration