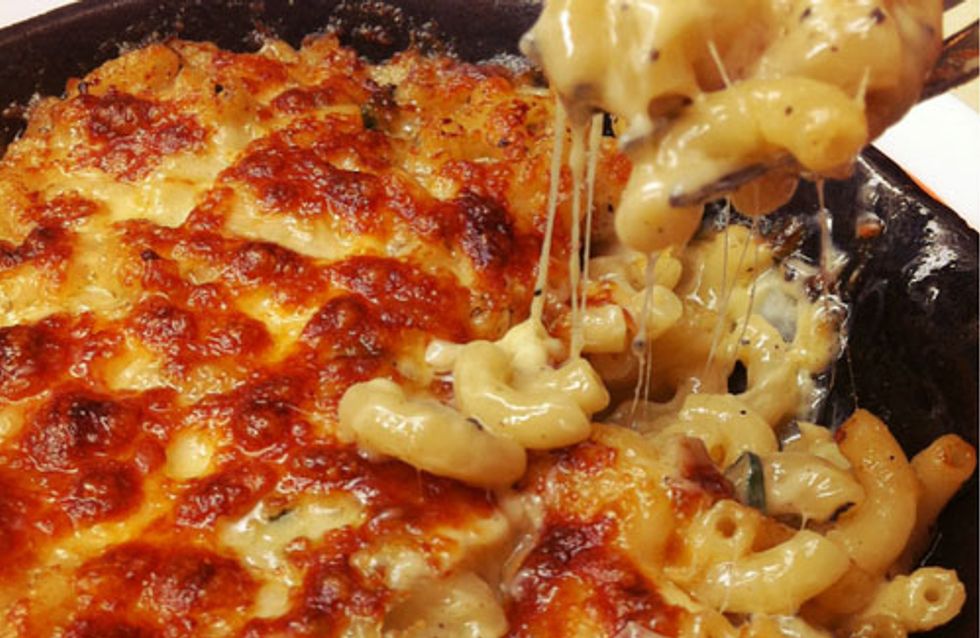 Mac and cheese is one of life's simple pleasures; a humble mix of melted cheese and macaroni pasta. And so you could say that our lives are officially complete now that foodie blogger Emma Mykytyn has created the mac 'n' cheese festival - and ticket holders get the sample all of that cheesy goodness. We're not dribbling, you're dribbling...

I'll be honest: Glasgow isn't my ideal holiday location. Cold winds and grey skies are not something I typically look for in a holibobs destination - I prefer a beach parasols over actual umbrellas. But seeing as a mac 'n' cheese festival is being held there this year, I may well have to swap out my beach break for a trip to the Scottish city.

Pastaval, the pasta festival that's part of the Southside Fringe Festival, is back in Glasgow this year, and that means the competition to find the best mac 'n' cheese will also be returning. Several restaurants compete against each other in order to win the prestigious title of best mac 'n' cheese in the WORLD - or at the very least, in Scotland.

The competition was created by food blogger Emma Mykytyn of Foodie Explorers, who will be on hand to crown the winning restaurant. For those lucky people who bag themselves a ticket, they will be tasked with testing a multitude of mac 'n' cheese dishes, using a score card to determine whose is the tastiest. The winning restaurant will get the prestigious mac trophy - have you ever seen anything so glorious?

For those itching to book their train ticket, you might have to hold off on that front - the competition is due to be held in May, but as of yet there are no further details. Keep your eyes peeled on the Foodie Explorers site, where any further details on Pastaval will be announced.

Are you keen to try all the mac 'n' cheeses? Let us know! @sofeminineUK

This Is Not A Drill: You Can Now Buy Gin & Tonic Easter Eggs!​​