by Lareese Craig Published on 6 July 2017 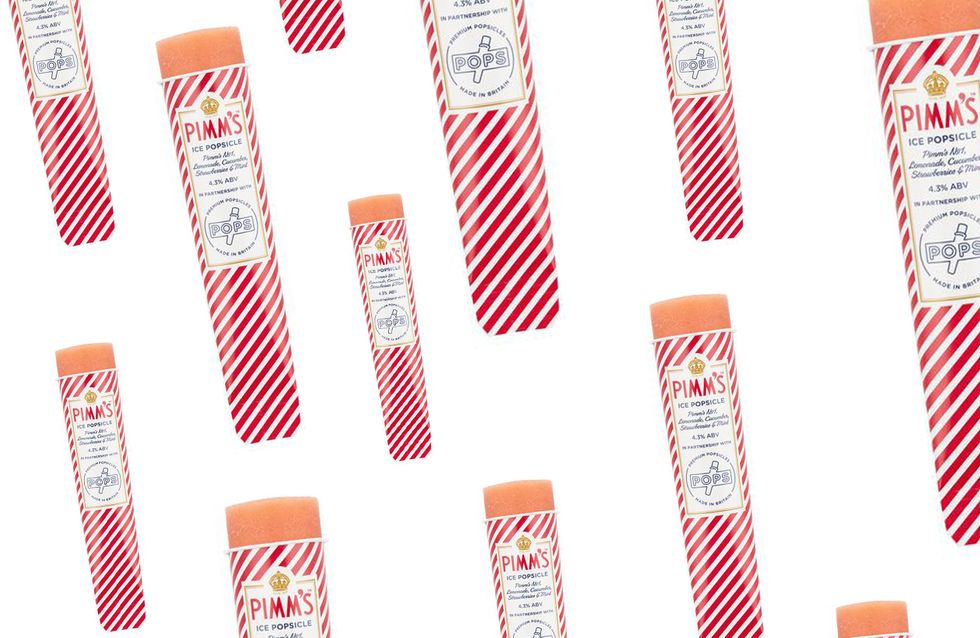 What even is British summertime without a jug of Pimms in one hand (yep, a whole jug) and a handheld fan in the other? It's the only time we'll willingly consume strawberries, cucumber and mint all swaddled into a cup without some health guru telling us we have to. Luckily for us then, there's a whole new way to get our gin-based fix. Say bottom's up to the Pimm's Ice Popsicle. Now that's reason enough to get the picnic basket out.

Pimm's glorious Pimm's, we've lost count of the number of gatherings-cum-BBQs we've heavily relied on you to keep us just the 'right side' of merry. And then desperately failed when we gave into peer pressure and played beer pong with vodka for the187643 time. Our intentions were good, hold on to that.

The quintessentially British liqueur is always our first port of call as soon as the temperature reaches anything above 16 degrees - what can we say, if it's socially acceptable to sprawl out on a picnic blanket, eat pork pies and sip on fruit punch, we'll do it with fervour.

Now thanks to Ocado, there's a whole new delightful way to enjoy this cult classic sans the grocery shop. Rather than sloshing it into a jug and garnishing with fruit and sprigs of mint, you can get your fix by slurping on a Pimm's popsicle.

​Created in collaboration with ice pop aficionados Pop, they're made from Pimm's, lemonade, cucumber, strawberries and mint, just like the classic beverage we all know and love. And, for any bod-conscious skeptics out there, they contain just 32 calories. Come on now, that's less than a Freddo.

British summers don't tend to stick around for long so we'd strongly advise getting your gin-lovin' tastebuds all over this popsicle sooner rather than later.

The Pimm's Popsicles are £5.99 for a box of 3 and available from Ocado, Selfridges Roof Deck and Selfridges food hall.

25 Cocktail Recipes You Need To Sip On This Summer