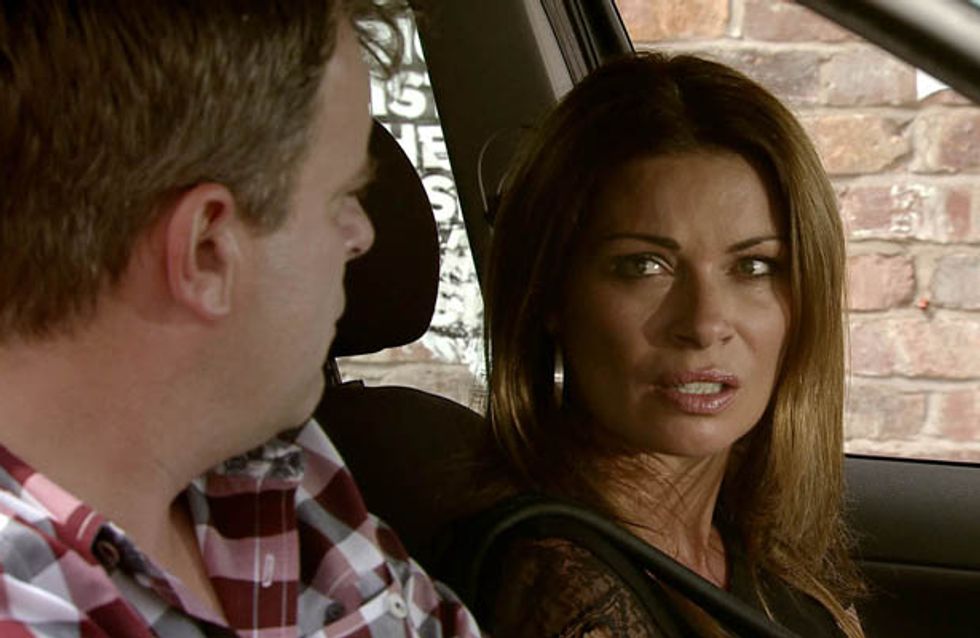 Carla’s taken aback when she hears that Peter’s critically ill in hospital and admits to Rob she can’t help feeling concerned for Peter despite everything he’s done. Rob attempts to convince Carla that she’d be best to forget him but when Ken calls in the factory and begs Carla to visit Peter, explaining it could be Peter’s last wish, will she agree? Meanwhile Rob’s left at Peter’s bedside when Tracy heads off to a wedding fayre. But as Rob talks to unconscious Peter, telling him that they’re both bound for hell, Peter suddenly convulses and the medical team rush in.

It’s the day of Max’s psychiatric assessment and Kylie’s stressed, desperate to make a good impression. As she flaps around tidying the house, Max empties histoy box all over the floor and Kylie realises with horror that Michael’s ankle tag is showing. What will the psychiatrist make of the Platts?

As Jason restarts Tyrone’s loft conversion, Fiz confronts Tony, Jason and Todd and asks them to increase their offer as £1k compensation isn’t enough to tide them over. Tony promises to look into it.
​
Gail and Michael are loved up having spent the night together. Steph’s brittle towards Katy and admits she finds the idea of her brother and her best friend together too weird. Will Luke and Katy call time on their fling?

As Peter is rushed to intensive care, Rob secretly hopes it’s the end for Peter. As the Barlows nervously wait for news, Carla sets off on holiday but shocked by this latest turn of events will she do a u-turn and head for the hospital to visit Peter?

Kylie’s embarrassed when Max behaves badly in front of the psychiatrist, clearly unable to concentrate. The psychiatrist suggests she observes Max in school before making an assessment. Meanwhile David confides in Gail that he’s worried Kylie will want to contact Max’s dad because of his condition.

Under pressure from Fiz, Tony ups his offer of compensation to £2k. Tyrone reckons they should accept it but Fiz is less convinced.
​
Luke and Katy continue to wind up Steph and insist she joins them for a romantic meal. Steph’s clearly uncomfortable as they paw over each other, will the pair admit it’s all a wind up and they’ve decided to remain as friends and will Steph see the funny side? Steve frets over his lack of cricket team, while Liz is intrigued to learn it was Jim who saved Peter’s life by alerting the prison staff when he found Peter in a coma. 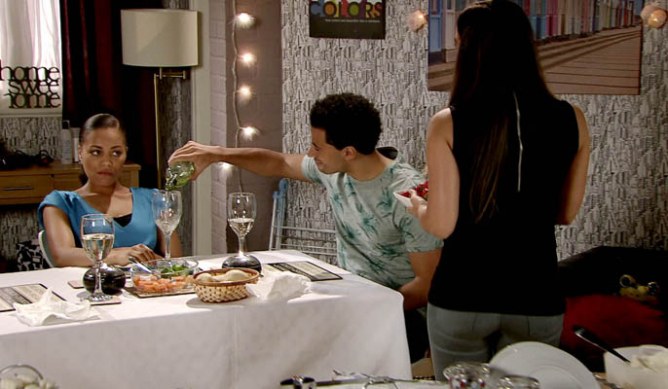