Sophie arrives home to find Maddie with Ben. Maddie tells her Ben’s foster parents have given her permission to take him out, so Sophie’s shocked when the police call round looking for Maddie and Ben. How will she explain?

Having spent the night together, Kal and Leanne have to hide when Nick calls round with a cinema flyer. Eva tells him Leanne had to go out, but will Kal be able to keep up the lie when Nick tells him that he’s taking Leanne to the cinema?

Fiz invites Maria around for an apology tea, but when Maria sees Marcus back on the street, Tyrone has to drag a screaming Maria away.
​
Elsewhere, Sinead is filled with dread when Chesney asks her to wear her new dress, and Lloyd catches Steve red in the face carrying his gym bag.

Sophie realises Maddie’s done a runner but manages to find her, telling her she’s only making matters worse by snatching Ben. She manages to talk sense into her but as they leave the police pounce, arresting both Sophie and Maddie.

Eva tells Leanne she’s being really unfair going to the cinema with Nick instead of being straight with him. Not wanting to hurt Nick’s feelings, Kal and Leanne make a huge sacrifice…

Chesney and Sinead arrive for dinner in the bistro and Sinead’s horrified to see she’s wearing the same dress as Katy.
​
Elsewhere, Tim tells Sally they’re not suited and he’s going to stay at a mates, Steve and Lloyd bicker over their fitness and Tyrone tells Fiz that Maria is too upset to come for tea. 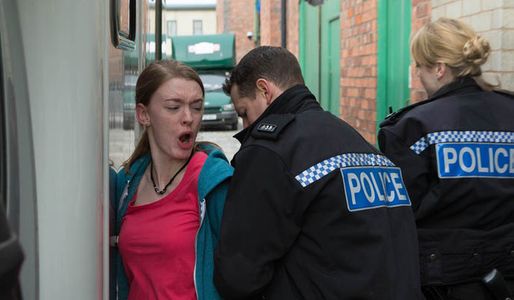