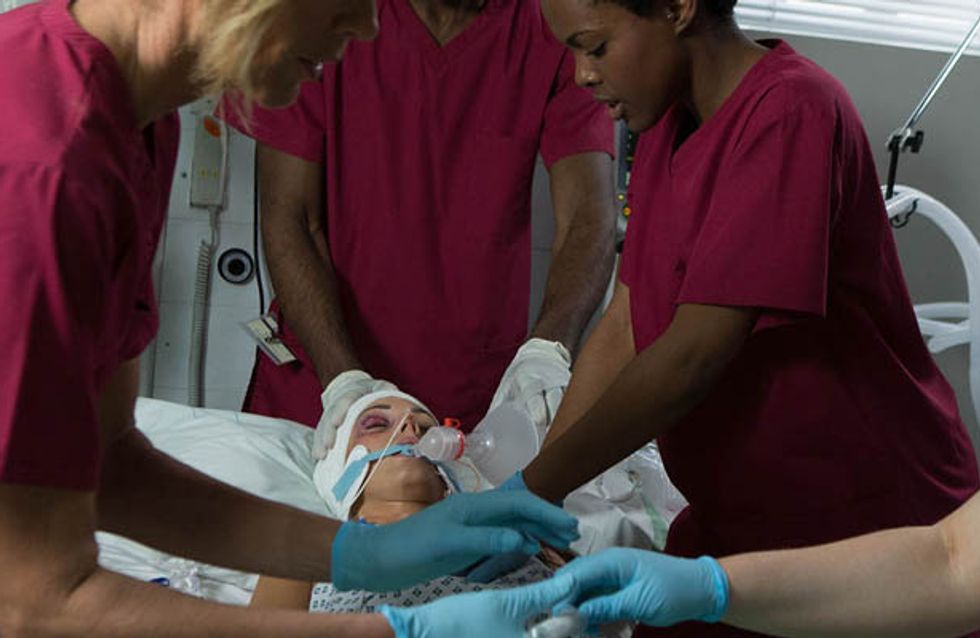 The consultant tells Rita that Tina’s operation went well but she remains in a critical state. Michelle persuades Rob to go to the hospital to get the lowdown on Tina as Carla isn’t allowed. But as Rob nervously waits for news, suddenly the crash team arrives. Is this the end for Tina?

Sally decides to surprise Tim by cooking him a romantic meal but feels hurt when he forgets and decides to have tea with Faye at No.6.

The police question Steve and when he reveals he’d known about Peter and Tina’s affair for a while, the police are intrigued.
​
Elsewhere, Steph surveys the trashed flat and notices a bracelet is missing. Rob tells Tony he doesn’t want anything more to do with his stolen goods and Nick demands Leanne’s key to the bistro telling her he intends to start divorce proceedings.

The crash team work flat out but Tina eventually loses her fight. As the consultant breaks the news that Tina has died, a devastated David breaks down in Rita’s arms and Rob leaves the hospital numb with shock. As news spreads in the Rovers, Carla points her finger at Peter, accusing him of killing Tina. Handing him a bottle of vodka, she suggests he drinks himself to death. As he goes off into the night a broken man, will he take her advice?

Steve tells Liz he already knew about Tina and Peter’s affair. Both feel guilty knowing if they’d tried to put a stop to it then Tina might still be alive.

Tim realises the effort Sally went to and agrees to up his game and put more effort into their relationship.
​
Elsewhere Dennis comforts Rita and holds her as she cries. 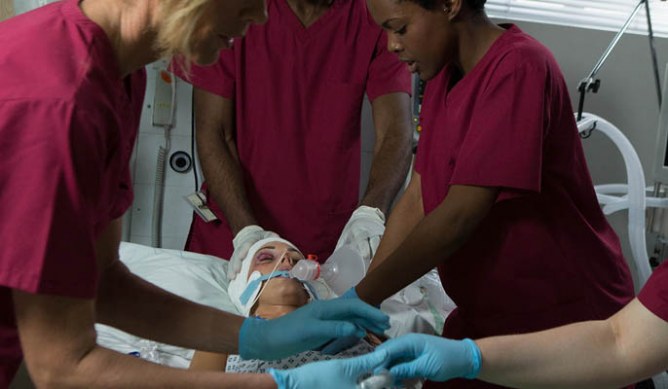