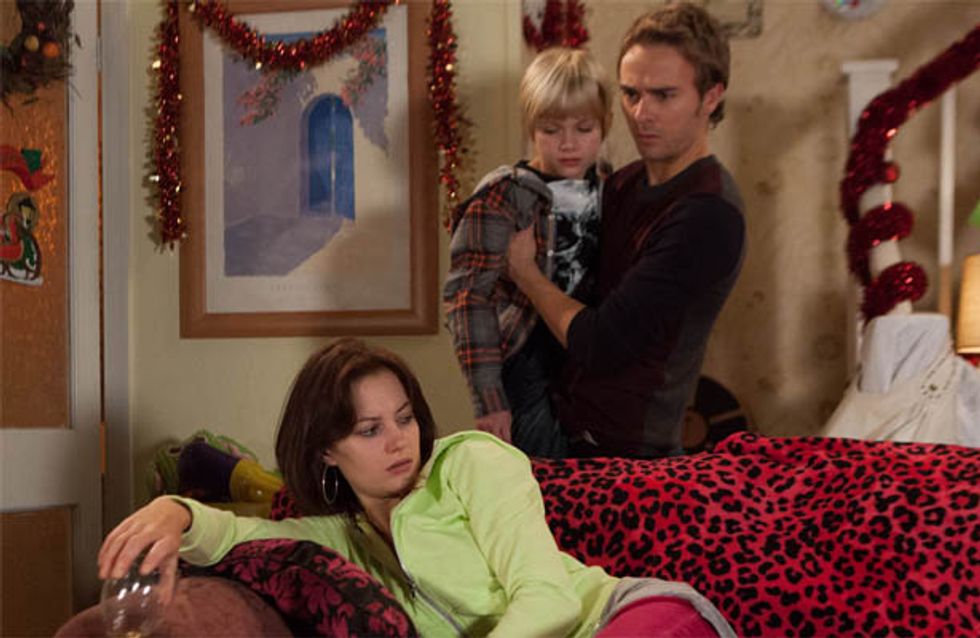 Gail and David worry about Kylie’s behaviour, which is steadily getting worse. Gail tells Kylie to spend some time with her children, but Kylie dismisses her and starts knocking back a bottle of wine whilst alone with Max and Lily, then passes out, leaving the children unattended.

Liz admits she told Peter to back off from Tina, to Tina’s fury. Peter is angry that Tina told Liz, and Tina rather unfairly gets upset that Peter cares more about his marriage than her.

Elsewhere, Eileen is surprised when Jason’s dad shows up, whilst Hayley and humanist celebrant Suzie discuss her funeral. Nick is also horrified to discover that Leanne is afraid of him.

Passed out, Kylie doesn’t know that Max is trying to use the stove to make pasta. David spoits him from outside and kicks down the door to get to him. He’s furious that Kylie’s actions could have seriously hurt the children, and tells her enough is enough.

Tina decides she’s moving to London to get away from Peter. She tells him, but will it be that easy to let him go?

Tony and Jason go to the Rovers to have a father to son chat, but Jason remains closed off, having been let down by his dad so many times before. Tony tells him he wants to start being a proper father. Better late than never! 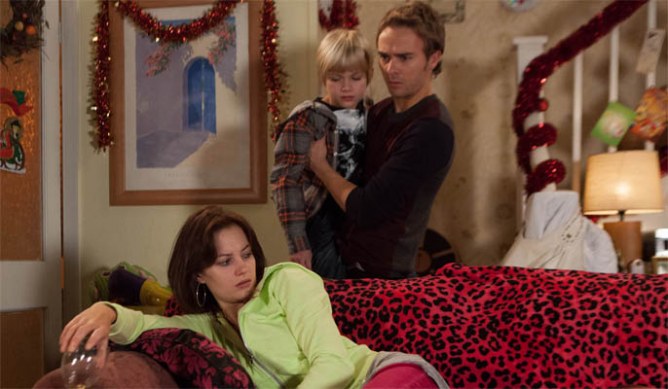