Tracey moans to Rob that Norris won’t serve her until their paper bill is paid. Rob cheekily pays in just pennies, annoying Norris. Tina returns to clear out her flat, and Norris overhears her telling Carla she’s leaving because of Rob. When Tracy later insults Norris, will he be angry enough to tell her about Rob’s fling with Tina?

Sophie meets Maddie to talk about their kiss, with Sally hot on her feels. When she shows up, Maddie runs off, leaving Sophie frustrated. They follow Maddie to a flat, but they don’t feel especially safe during their surprise visit.

​Lloyd confesses that he fancies Andrea. Steve refuses to give her number to him, and Michelle demands to know why.

Elsewhere, Dev and Kal find somewhere for their new gym, but find working with each other to be more annoying than they’d imagined.

Of course Norris tells Tracy about Rob and Tina, and although Rob tries to deny it, Tracy can see the truth on his face. Will this be the end of their relationship?

Sophie and Sally feel sorry for Maddie when they see what she has to deal with, especially as she has to take her little brother back to the foster home he ran away from. Will Sophie admit her feelings for Maddie?

Andrea finds out that Lloyd hassled Steve for her number and he is mortified. However, it looks like Andrea might be interested in Lloyd, leaving Steve put out.
​
Elsewhere, Own, Anna and the Phelans toast the mill project whilst Dev and Kal get Jason to help them out with the gym costs. 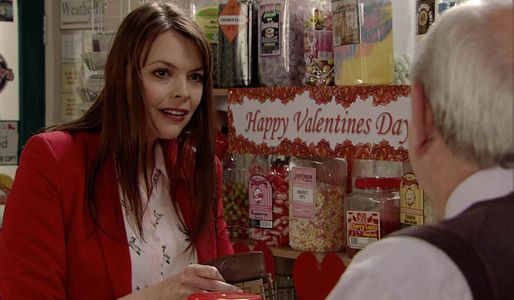