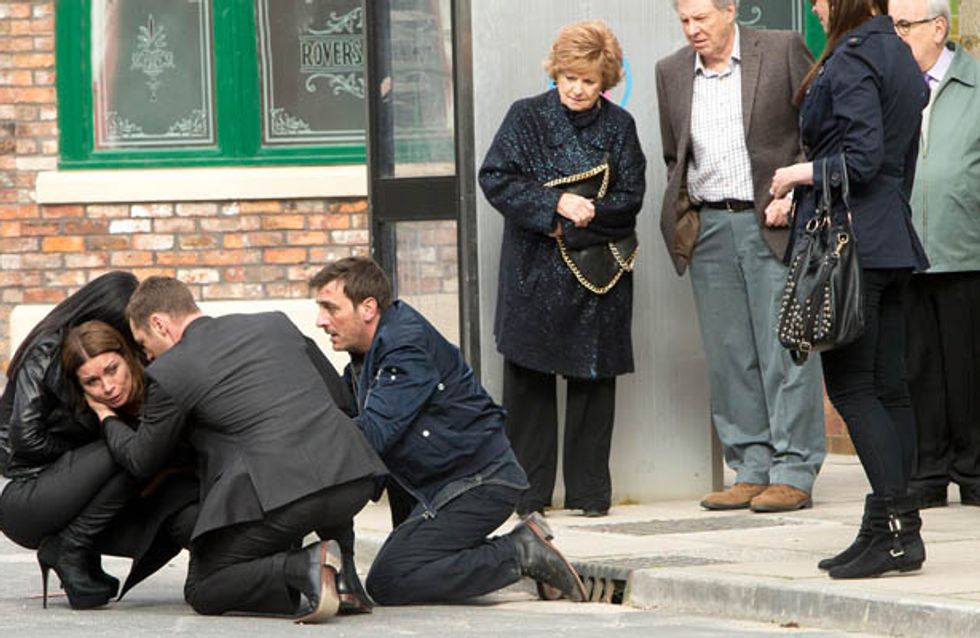 Feeling tense after she’s taken in for further questioning, Carla then has to beat a drunken Peter off when he lurches towards her and professes his innocence. She’s further incensed when she overhears Deirdre fighting Peter’s corner and reminds her that she already has one murderer in the family, so why not two? Carla’s finally tipped over the edge when Peter punches Rob. Doubling over in pain, has the pressure finally got to Carla?

Knowing Michelle is deeply worried about Carla, Steve confesses to Lloyd that he knew about Peter and Tina and he’s dreading Michelle finding out. But when the police take Steve in for further question, will he be able to keep his secret from Michelle much longer?

Sally’s thrilled when Tim kisses her passionately and suggests a romantic weekend away.

Elsewhere, Gail resolves to go down the route of restorative justice and meet her burglar face to face. 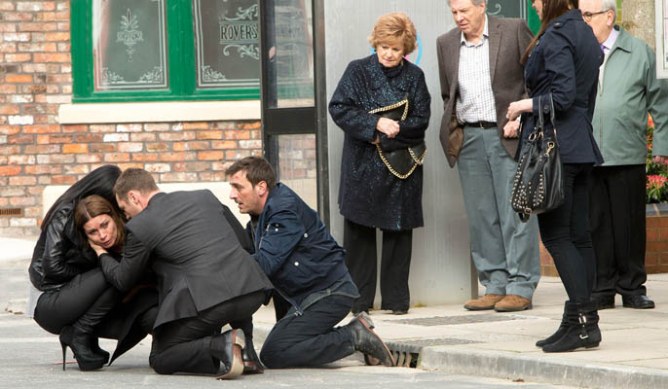