As Deirdre prepares the house for Ken’s homecoming, she’s nervous, dreading having to break the news about Peter’s imprisonment. But Ken gets an earlier flight back in order to surprise her. When he then bumps into Carla on the street will she enlighten him before Deirdre gets chance to break the news gently?

Kylie wonders if Max’s problems are due to his no good dad and bad genes. But will the doctor be able to make a diagnosis that better explains his behaviour?

Tony puts pressure on Todd to drum up some business. When he tells Jason he’s found them an emergency roofing job Jason’s quietly impressed.

Elsewhere, Michael tells Gail he’s had the van fixed and he’ll soon be up and running.

Ken’s shell shocked as Carla fills him in on Peter’s misdemeanours and subsequent imprisonment. Ken’s fuming, unable to comprehend why Deirdre didn’t tell him about Peter’s plight weeks ago. Deirdre tries to explain herself but Ken’s cold and vows to visit his son as soon as he can. As he accuses Deirdre of abandoning Peter in his hour of need will Deirdre tell him a few home truths?

The doctor tells Kylie and David that he thinks Max has ADHD and needs referring to a child psychiatrist for assessment. He assures them it’s perfectly treatable and most likely caused by a genetic disorder. Kylie’s shaken.

Tony and Todd are unimpressed when Jason offers to do a loft conversion for Tyrone at mates rates. Will they be able to convince him to strike a better deal?
​
Elsewhere, Audrey despairs as it becomes clear that Gail and Michael still hold a torch for each other. 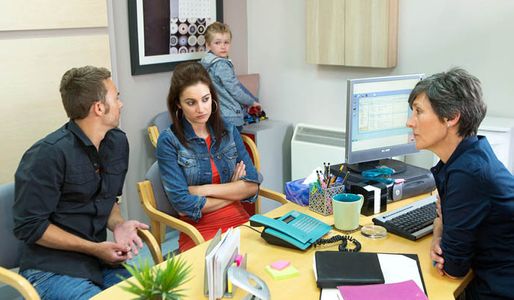 Coronation Street 27/03 - Will Ken Push Peter Off The Wagon?