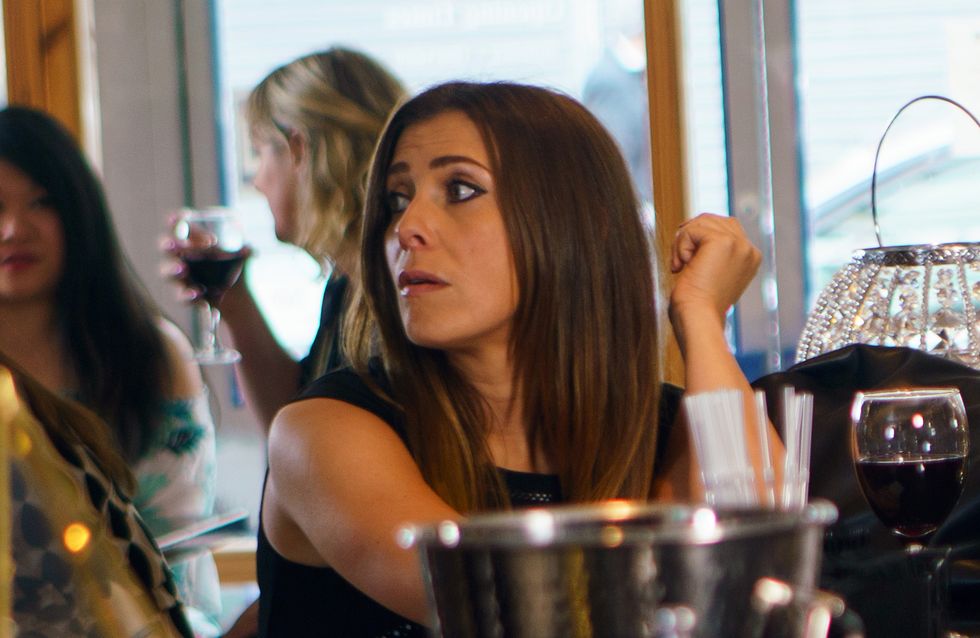 Having observed how well Steve and Leanne are getting on, Liz wonders if they’ve a future together. Meanwhile Toyah and Eva persuade a reluctantLeanne to have a night out and leave Steve to baby sit. Leanne borrows one of Eva’s dresses but when she returns home dressed to the nines, and admits that she’d rather have a night in with aDVD, Steve’s quietly thrilled. When Leanne then presents him with County shirts for he and Oliver,Steve’s overwhelmed and asks Leanne to marry him. Leanne’s stunned.

When Michelle overhears Alya telling Kate how Robert called at their flat and asked Luke to fix Michelle’s car window but keep it a secret, Michelle’s furious and rails at Robert for lying to her yet again.

Having heard how Erica cheated on their dad, Asha and Aadi decide to take revenge and drop water bombs from the Underworld balcony. Unfortunately they target Liz instead of Erica and Dev’s livid.

Will drops by and arranges another date with Maria. Having assured Maria she’s totally cool with her seeing Will, Michelle suggests they all meet in the bistro for a drink together. WhenBilly sets about building a robot, it’s clear he’s clueless and Summer finds herself showing him what to do. Billy’s delighted.

Leanne’s incredulous and after listing all the reasons it would be a bad idea for them to get married,she heads out. Steve kicks himself, has he blown it? Leanne calls in the Rovers and knocking back the vodka, tells Eva and Toyah how Steve proposed to her. As Toyah and Eva crack jokes about Steve,Leanne becomes defensive.

With the atmosphere between Robert and Michelle distinctly frosty, Maria suggests to Will they head into town. Glad to escape, Michelle offers them a lift. As Michelle sits alone in a bar, she’s becomes aware she’s being watched.

When Gina overhears Mary berating the children for their revenge attack on Erica, she’s pleased to realise Dev may now be single. Erica tears a strip off Mary for blabbing to Dev. When Mary defends her actions, Erica turns on her, telling her she only ever felt sorry for her. Mary’s hurt. Gina marches up to Dev in the Rovers, tells him he’s had a lucky escape where Erica’s concerned. But is Dev ready to let Erica go?

Phelan visits a church, in the confessional he tells the priest he deserves punishment for all his wrong doing. Phelan returns home and apologises to Nicola for standing her up and suggests they meet up tomorrow. Nicola’s not happy. Having built a robot, Billy and Summer admire their handy work. Billy assures her he’s not looking to replace Drew but hopes they can befriends. Toyah’s shocked to discover Eva’s fake pregnancy. 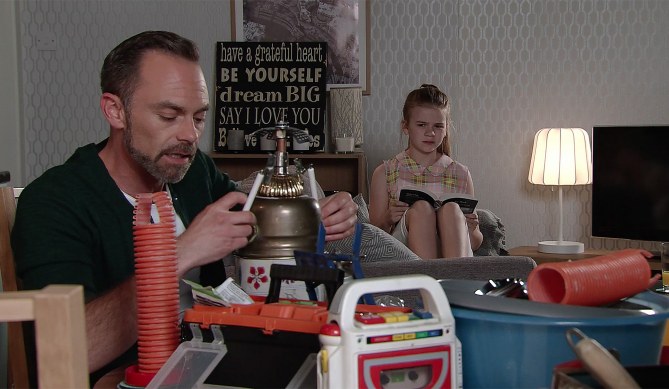