Coronation Street 05/04 - Daniel's Ghosts Come Back To Haunt Him

Simon’s gutted when Peter lies that he dropped his phone in a puddle and had to chuck it away but he’s mollified when Peter gives him money to buy a new one. As he’s reconnected by his provider, Simon accesses his missed messages, including a voicemail from last Monday where a panicky Peter apologises for messing up again and insists he’s got to get away. Simon’s rocked by the implications of Peter’s words. Meanwhile Mackinnon intercepts Peter and Daniel at the hospital and explains that Ken’s refusing to see any members of his family.

Sinead’s dismayed when Beth reveals how she was drunkenly wishing Ken dead last night. Sinead vows never to drink again but Beth’s secret fears remain. Mackinnon takes Daniel to one side to ask him about his mum. When Mackinnon states that he lied convincingly for six years to cover Denise’s absence, Daniel realises she’s insinuating that he bumped off Denise then targeted Ken.

Tracy pulls out Ken’s will, tears open the envelope and starts to read. Tracy confronts Adam with Ken’s will and points out that the lion’s share goes to him, Peter and Daniel while she’s been cut out completely. Adam’s confused as it’s a different version to the one he witnessed.

When Rita gives Freddie £1 for the fruit machine and he wins the jackpot, Freddie reimburses Rita’s £1 stake from his winnings. Believing she’s entitled to more, Rita’s not happy. ​​​ 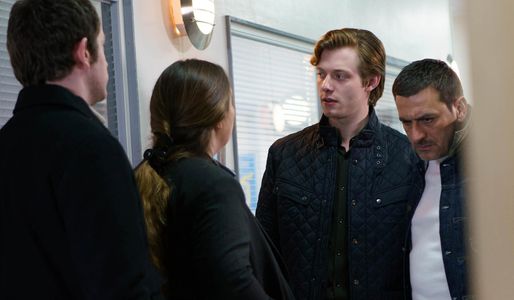