Sarah and Gary do their best to try and convince Bethany that Nathan is a monster but she will hear nothing bad about him, also ignoring Audrey’s attempts of trying to speak some sense into her. Bethany calls at Nathan’s flat where she is fed a pack of lies by Nathan, Mel and Neil. Will Nathan persuade her to leave her family and come back. Meanwhile it is touch and go for Shona as she comes through her operation for a ruptured spleen. David is surprised when he discovers that Shona has a c-section scar which made the op tricky - Billy tells David she had son but lost him.
​

Sinead tells Daniel it is over then makes a shocking discovery about Daniel’s family. With Nick gone Gail makes it clear to Leanne that she owes her and Oliver nothing.
​

Nathan persuades Bethany to lie and tell her mum they have split up. Sarah is pleased and when Neil(in uniform) arrives at the house Sarah is happy to let him have some time with Bethany and watches through the window relieved Bethany is speaking to the police - unaware of what is really being discussed.
​

Ken shocks the family when he tells them the truth about what happened on the night of his attack and tells them that none of them are blameless. Johnny is impressed when he discovers that Gina has made some new stock after she admits she accidentally damaged some, he promotes her to machinist. 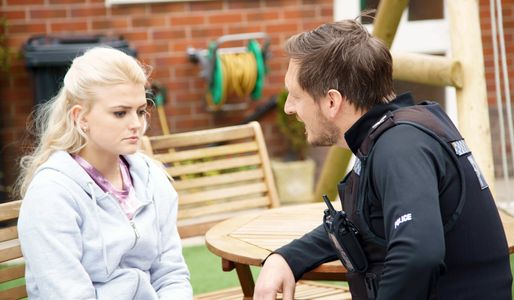