Tony offers Fiz and Tyrone £3k by way of compensations and they accept, much to Jason’s relief. But when Owen spots the old chipboard in a skip outside the house he tells the couple it was far too thin to be used for flooring and well below building regulations. Will Tyrone realise he’s been duped?

The doctor tells Peter he’s over the worst and should be ok but can never drink again. Rob attempts to mask his disappointment. When Carla then confides in him how Peter told he assumed she killed Tina and therefore Peter couldn’t possibly be the murderer Rob’s horrified. Can he convince Carla to forget what Peter said or are Rob’s days numbered?

Kylie’s subdued when Max is diagnosed with ADHD and prescribed pills.

The Rovers cricket team head out for their first practice session. Steve’s relieved when Kal’s son Zeedan arrives and proves to be a brilliant cricketer.

Tyrone and Fiz burst into the builders yard accusing Jason of using illegal flooring which meant Tyrone could have died. Jason feels terrible and weighed down with guilt he tries to explain to Tyrone how the sub-standard boarding was Todd’s idea and he knew nothing about it. But Tyrone’s incensed and tells Jason he’ll be reporting him to the building inspector and he can kiss goodbye to his business. Will Jason be able to talk him round?

When Carla suggests telling the police what Peter said, Rob desperately tries to convince her she’d be wasting her time as Peter’s mind was fuddled with drugs. Will Carla let it drop?

As Max plays with his birthday presents boisterously, David and Kylie give him his first batch of medication with trepidation. But when the drug kicks in and he becomes visibly calmer Carla Kylie’s amazed.
​
Beth and Kirk enlist Michelle’s services as their wedding planner. Alya is appointed cricket captain. 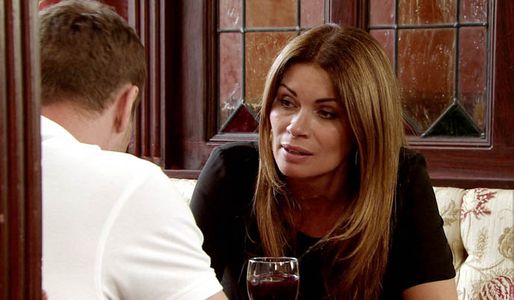