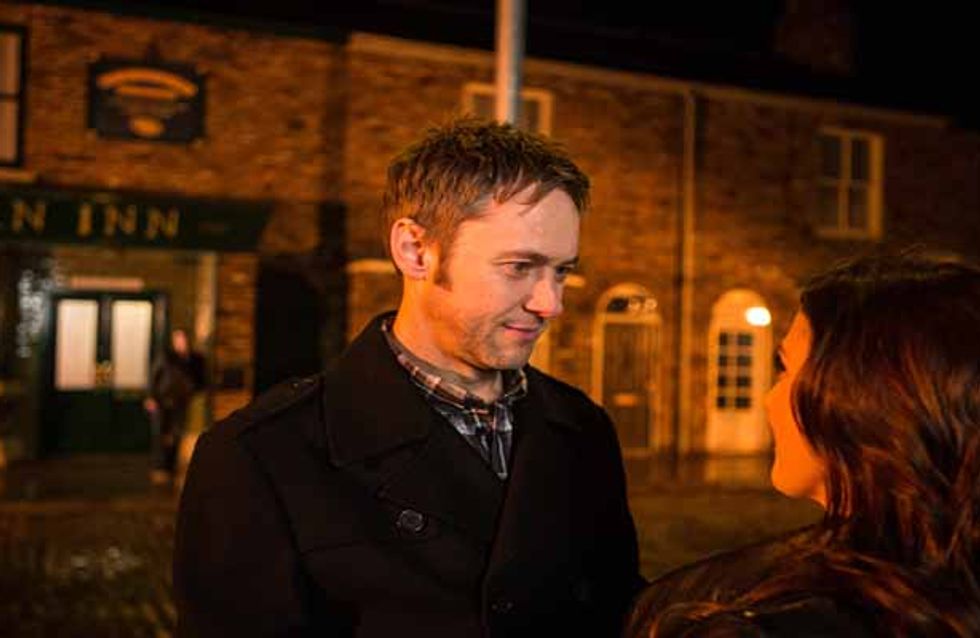 Liz is disappointed to find out that Michelle’s got a date. Michelle points out that it was Steve’s decision to end their relationship. Liz tells Michelle she’s worried about him, he’s still lying in bed at lunchtime as he’s clearly not himself. As Michelle and Hamish meet in the bistro they’re equally nervous but they soon hit it off and enjoy each other’s company. As Hamish goes to kiss Michelle goodnight, Michelle clocks Steve watching from the shadows. Will she respond? Meanwhile as Eileen and Andrea plough through the Street Cars accounts, they’re horrified to see how much company money Steve has blown on his kit car.

When Kirk overhears Agnes, Nancy and Arlene bitching about him, he’s deeply hurt by their harsh words. Beth’s giddy with excitement at the thought of marrying Kirk but as the stags gather Kirk’s confidence has been knocked for six. His nerves getting the better of him he announces to the shocked stags that he can’t go through with the wedding as he’s not worthy of marrying Beth. Will Chesney be able to calm his nerves?

David takes a call from the police to say they’ve searched Callum’s flat, will they find any trace of Kylie?

Sean invites Billy to be his plus-one at Beth & Kirk’s wedding. Billy’s delighted. 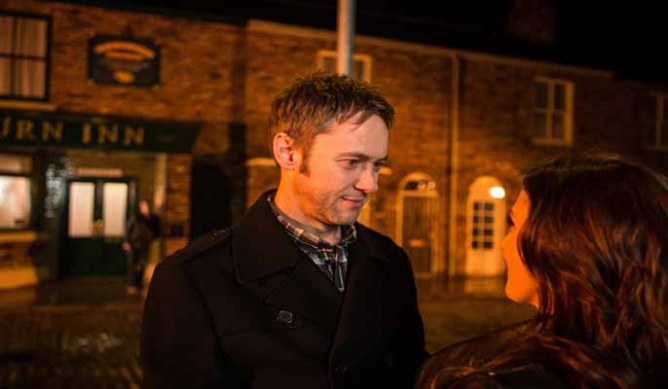