Peter broods over Ken, hurt that he could possibly suspect him of attempted murder. When the doctor tells Ken that he’s ready to discharge him, Ken’s clearly worried and admits to Roy that he’s scared to return home. Roy insists he must come and stay with him. Meanwhile Simon plays Nick and Leanne the panicky voice mail from Peter. Nick’s convinced that Peter is Ken’s assailant and when Peter and Toyah call at the bistro to collect Simon, Nick pulls out Simon’s phone and plays them the incriminating message. Toyah’s shocked.

Daniel lies to Sinead, telling her he’s going to Oxford for the day in the hope of getting reinstated on the masters course. But Sinead later finds a note from Daniel and is horrified to realise he’s leaving her.

Nathan suggests Bethany should record a new vlog with Mel but when she comes across a picture of Nathan kissing Mel on Mel’s laptop, she’s furious. Bethany confronts Nathan about his relationship with Mel. How will he explain himself?

Eileen’s overjoyed when she gets a knock at the door revealing she’s won an electric car. Jenny encourages to Sally to put the online abuse behind her and reactivate her social media accounts. Kevin’s embarrassed when his card is declined. Dev offers him the groceries free of charge but Kevin’s offended and tells him he’s not a charity case.

Nick, Leanne, Toyah, Simon, Tracy and Adam listen in disbelief as Peter explains how Chloe became infatuated with him and on the night of Ken’s fall, he called round to see her and made it clear he wasn’t interested. In retaliation she smashed up her house, cut herself and threatened to report him for assault. Peter admits he broke Simon’s phone on purpose in an attempt to destroy the message as he feared no one would believe his story. Will they buy Peter’s claims? Peter calls at Chloe’s and begs her to help him, explaining how Ken was pushed down the stairs the evening he was with her and she’s his only alibi. Will Chloe agree to clear his name?

Daniel tells Sinead he has to get away as it’s clear his family think he tried to kill Ken. Sinead reckons running away will only compound their suspicions. Will she be able to convince him to stay?

Bethany returns home upset and admits her relationship with Nathan might be over. Sarah confides in Gary how relieved she is, unaware that Bethany is listening. In the tanning salon, Nathan tears a strip off Mel for winding Bethany up.

In return for her kindness, Kevin gives Erica’s car a valet. Shaken up after giving Eileen her first driving lesson, Phelan suggests she’d be best to hire a proper instructor. Sally’s thrilled when Cheshire Haven invite her to do an interview. Tim warns her to act with caution after her last ordeal.​​​​​​
​ 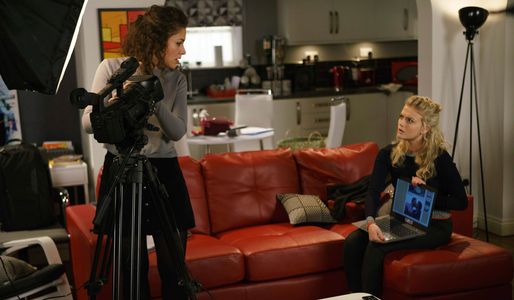