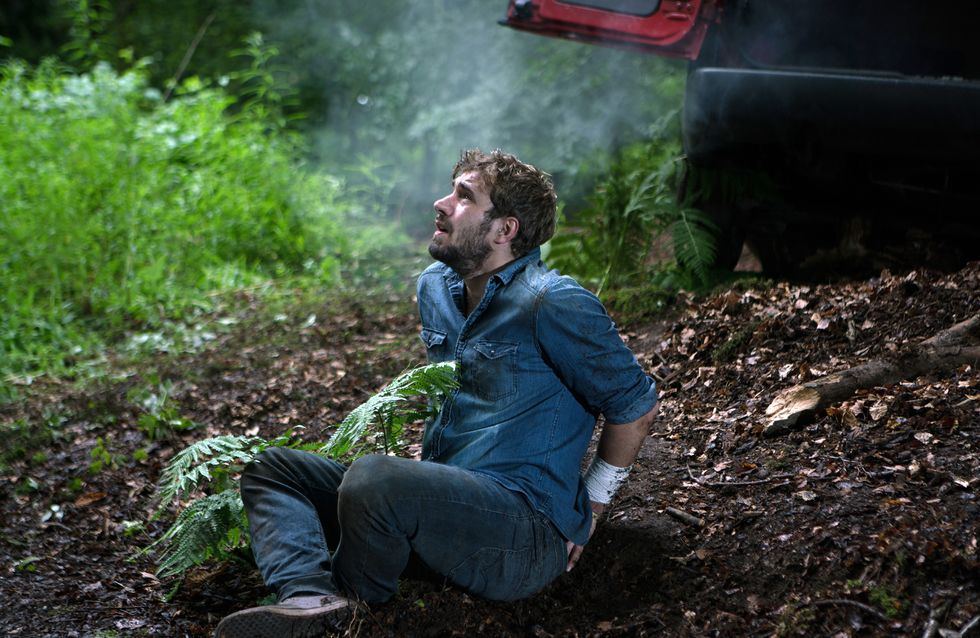 Anna is horrified to discover that Faye and Seb have run away and sets about trying to track them down. Seb meanwhile is determined to get home once he realises what Faye has planned. Running away he is discovered in a layby by Anna and begs her to take him home where she is horrified to see the conditions he is living in with his young twin siblings. Seb makes her promise not to tell Faye about his awful home life. Will Anna tell anyone what she discovered?

Having told Eileen he has a job in Scotland Phelan ties a terrified Andy’s wrists and bundles him in the back of his van telling him they are leaving for France with his fake passport. When the van crashes in the woods Andy kicks open the doors and discovering Phelan unconscious at the wheel makes a run for it . Meanwhile Eileen and Nicola decide to head over to the house to have a snoop around - what will they find and is the game up for Phelan?

At the Rovers the brewery launch party is in full swing when Jacqui, the surrogate, calls in for her meeting with Peter and Toyah. However the party descends into chaos when Jon from the brewery discovers Peter’s an alcoholic and Steve is the father of Leanne’s baby. Jacqui’s appalled and heads out. Toyah goes after her and begs her to give them a fair hearing, promising her that they would love their child more than anything. Will Jacqui reconsider?

She’s shocked when he tells her he believes Rich is telling the truth and someone else is waging a war against them so maybe they should pretend they have split to keep her safe. Meanwhile Will lets himself into Robert’s flat and flicks through some photos of Michelle. Michelle arrives in the bistro and announces that she and Robert have split up. Will can barely contain his glee.

Gary arrives home bearing expensive gifts and says he has no intention of returning to the Ukraine. But when Izzy tells him that Jake needs expensive speech therapy he is forced to accept another contract. In a bid to cheer himself and Sarah up he takes her out for champagne but when she refuses a second night on the town due to work he goes out by himself and bumps into Nicola in a bar - unaware who she is he unburdens himself. Will he regret the conversation when he discovers she is Phelan’s daughter?

Eva arrives back from France loaded down with shopping bags having given Aidan’s credit card a severe whipping. Adam tells her his plan for Underworld is on track. Maria’s intrigued to clock their intimacy. Aidan asks Eva for a copy of her baby scan. Eva prints off another scan photo from the internet and making out it’s her own, asks Maria to drop it round to Aidan at the flat. With the help of Leanne and Toyah, Eva decorates the Rovers for her hen party and tells them how she intends to have her revenge on Maria, Jenny and Kate. Jenny’s furious to discover Eva’s gone behind her back and cancelled the posh restaurant. When the strippers arrive, Jenny’s appalled that her hen do has turned into such a low rent affair. Eva and Toyah lead the hen party drinking games with Maria the butt of the gags, Eva enjoys watching her squirm. Furious at how far Eva has gone Maria says she won’t be able to attend the wedding as Liam is ill.

Concerned about Rita and having seen her write out a cheque to Jenny for the hen do Gemma decides to test her by telling her she still needs to write a cheque for Jenny - Rita does so and Gemma presents her with both cheques. How will she react.

Sick of finding David the dog destroying her garden, Yasmeen confiscates him, telling David and Shona they’re not fit to look after him. Luke, Kate and Imogen set off for a night on the town. Kate tries to persuade Rana to join them but she makes excuses, masking her dislike of Imogen. When Kate suggests another night out and invites Rana again, Zeedan’s all for it but Rana can’t summon up any enthusiasm. Realising she’s double-booked herself, Kate calls off their night on the town but suggests Rana joins her at Eva’s hen do instead. Rana reluctantly agrees. Kate and Rana arrive for the hen do do but when Imogen suddenly shows up, Rana’s put out and Kate clocks her mood change.