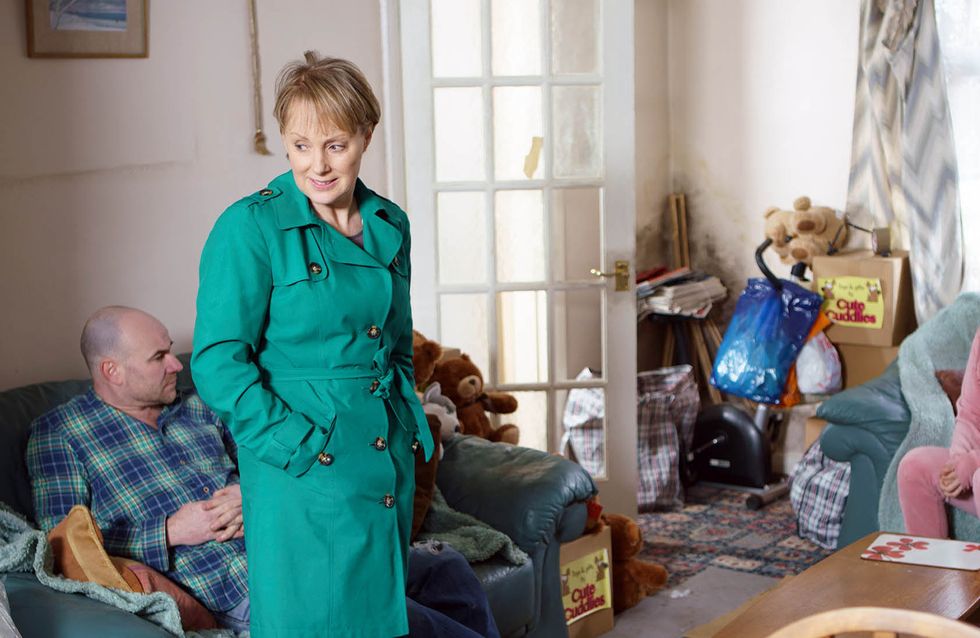 Finding Gina’s address on the electoral register, Sally and Tim pay her visit. Sally’s appalled at the state of Gina’s house and when Leah explains that Gina’s bipolar, Sally feels awful and insists they must come and stay with them. But when Sally and Tim arrive home with Gina and Leah in tow, Rosie and Sophie are horrified. Will they reveal all about Gina’s trolling?

Leanne’s stressed having noticed a rash on Oliver’s back. When Steve then fails to collect Oliver as arranged Nick calls at the Rovers and rails at Steve, cancelling his night to have Oliver. Will Leanne agree with Nick’s hardline view?

Norris and Mary embark on a competition spree. Having been persuaded by Billy, David and Shona help out at his charity ‘bring and buy’. Will the pair ruffle each other’s feathers? Aidan shows Maria the new phone he’s bought so they can conduct their affair in secret.​​ 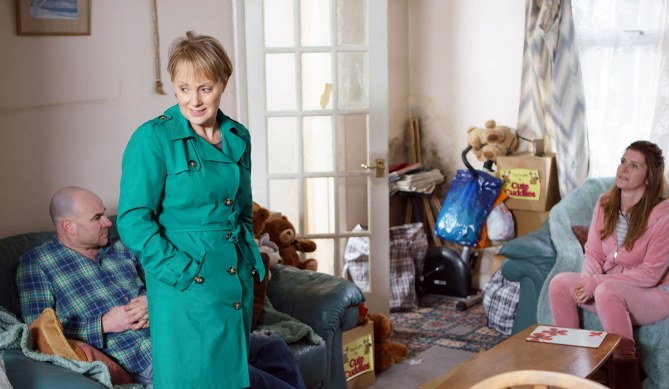