Max’s tablets seems to be working but Kylie fears it’s her fault that Max has to take medication at all. At the salon Kylie looks on jealously as Audrey commends Fiz on her well behaved girls, praising her parenting. Back at home Kylie struggles with the salon accounts as Lily cries upstairs, feeling the pressure Kylie looks at Max’s pills, will she be tempted?

Tyrone refuses to listen to Jason’s apologies. Seeing he’s upset, Eva urges Tony to speak to Tyrone and sort out the mess, as does an angry Eileen. Tony approaches Fiz but when she interprets his words as a threat she storms off leaving Tyrone further incensed.

Andrea’s furious when she discovers Neil lied to her, telling her he hadn’t heard from Jess and causing her to worry. Confronting Neil, Andrea tells him to stop hounding her. But will her pleas fall on deaf ears?

How will Ken react when he discovers Tracy and Rob are ploughing on with their wedding despite Peter’s predicament? 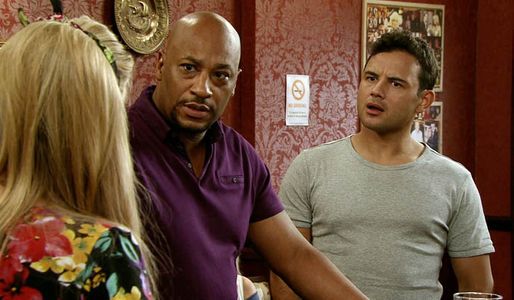