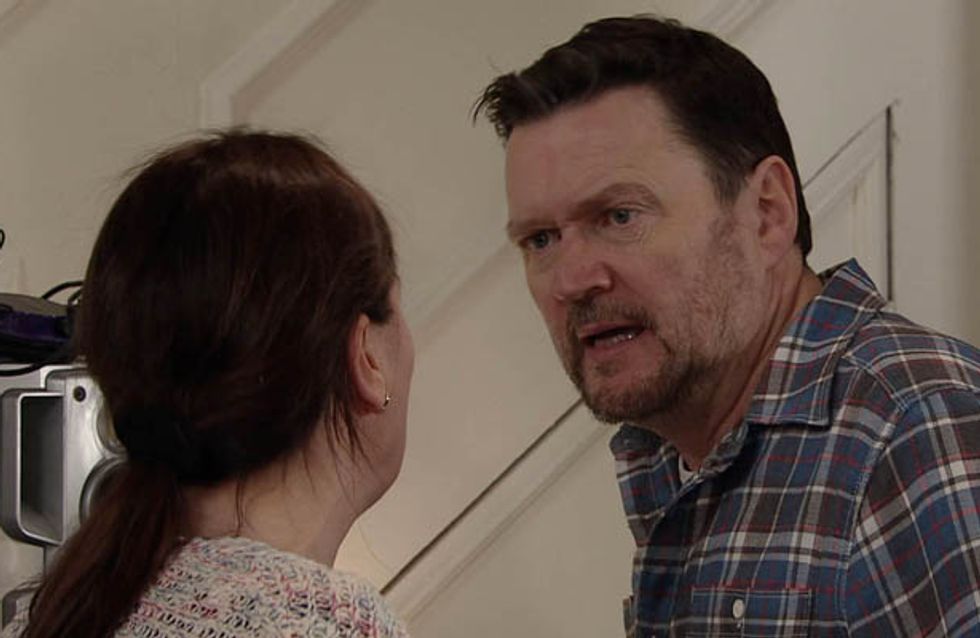 Owen and Anna are on edge when they receive a postcard from Phelan. Desperate for work, Owen reluctantly agrees to do some grouting for Roy but is annoyed when he finds out that Gary’s funded Faye’s night at the ice rink and when Gary later returns home with a drunken Faye, Owen flips and punches Gary, but how will Anna react to Owen’s aggressive behaviour?

Sophie can see right through Sally when she’s awkward with Tim and urges her to tell him the truth. Sally psyches herself up to tell Tim that she doesn’t want to marry him but her plans are thwarted by the commotion coming from No.6.

Tina’s mother, Ann, arrives on the street and talks at length about Tina to Rita and Dennis. Rob introduces himself and offers to help in any way he can.
​
Elsewhere, Marcus tells Todd he’s really embarrassed about his admission the previous night. Lloyd enjoys being fussed over by Jenna and Andrea. 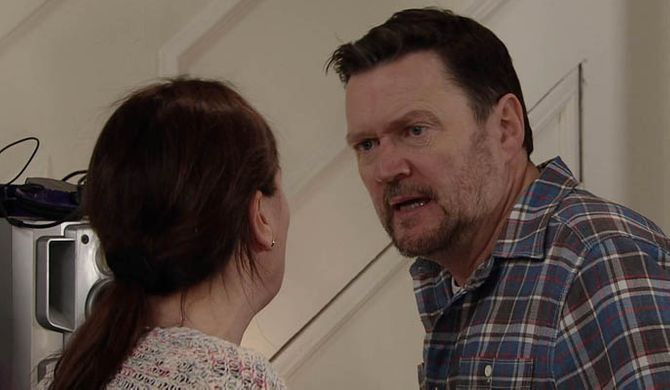