Coronation Street 12/01 – It's another dangerous liaison for Tracy 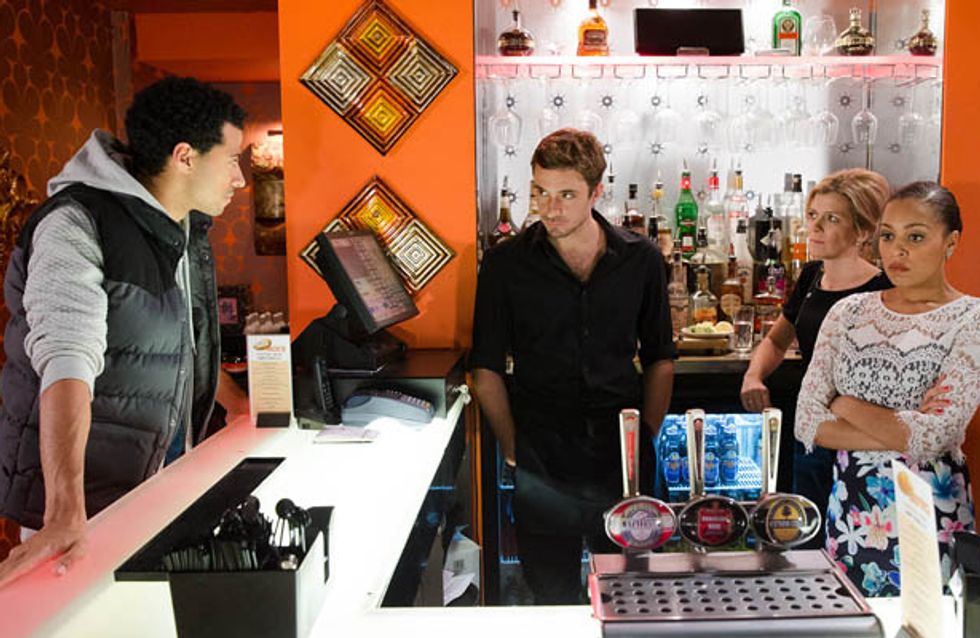 Worried about Tracy and the strain she’s under, Ken offers to run the shop for her, suggesting she takes some time off. Tracy gratefully accepts. When Ken confides in Roy how concerned he is for Tracy and reckons her business is about to go under, Tony listens, intrigued. When he then witnesses Tracy unwittingly buying a load of stolen gear from a dodgy punter, Tony warns Tracy the gear she bought is hot and the police are all over it. But as Tracy demands her money back, will the thug turn nasty?

Leanne tries to chat to Gavin about his old boss, but Gavin quickly makes himself scarce leaving Leanne bemused. Steph moans to Leanne that since snogging her on New Year’s Eve, Gavin has barely spoken to her since. Steph’s further bemused when the real Gavin’s ex girlfriend Lisa calls in the bistro looking for him, fake Gavin hides behind the bar.

As Mary prepares the twins’ breakfast, she’s put out when giggly Julie and Dev arrive downstairs clearly loved up. As Mary settles the twins down to do their homework, they’re interrupted when Julie arrives with a board game suggesting they leave their homework and have some fun. How will Mary react?

Maria invites Luke to stay the night as Liam is at a sleep-over. Luke suggests dinner at the bistro and Maria’s delighted.

As the thug tightens his grip on Tracy, Tony enters the shop and the man is momentarily distracted. Tracy takes the opportunity to knee him in the groin and help herself to the cash in his wallet. The thug leaves and Tony warns Tracy she’s playing a dangerous game. Tracy remains undeterred. But when we later see Tony meeting up with the thug, it looks like Tracy pay have bitten off more than she can chew this time!

Having encouraged Gavin to tell Steph how he really feels, Michael decides it’s time he expressed his true feelings for Gail. Heading home, Michael plucks up the courage and getting down on one knee, proposes to Gail. Taken aback, how will Gail respond?

Mary urges Dev to talk to Julie as she’s ruining the kids’ routine. Julie’s oblivious. Dev explains to Mary how Julie means well and just wants the kids to like her. He implores Mary to go easy on her.

When Lisa tells Leanne, Luke and Steph that Gavin is a cheating, two-timing scumbag, Steph covers for Gavin, telling Lisa he’s left the job and they haven’t seen him since. Lisa leaves and sheepish Gavin emerges. Gavin tries to convince Steph he’s a changed man but Luke warns him to stay away from his sister. After a chat with Michael, Gavin opens up to Steph and tells her how much he cares about her and how he can’t stop thinking about her. How will she respond? Luke’s disappointed when Maria cancels their date because of baby-sitting problems. When Eva tells Jason she’s arranged to meet an old mate for the evening, Todd’s suspicious. 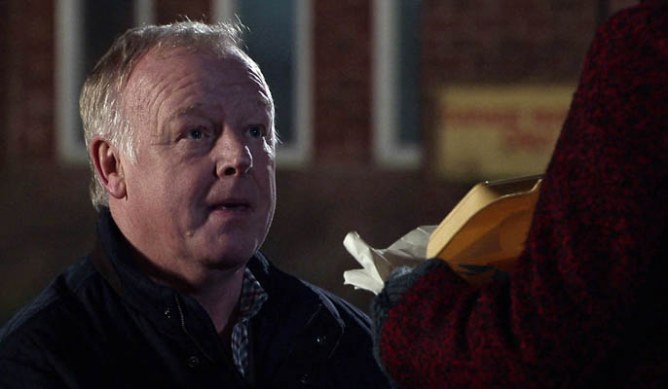