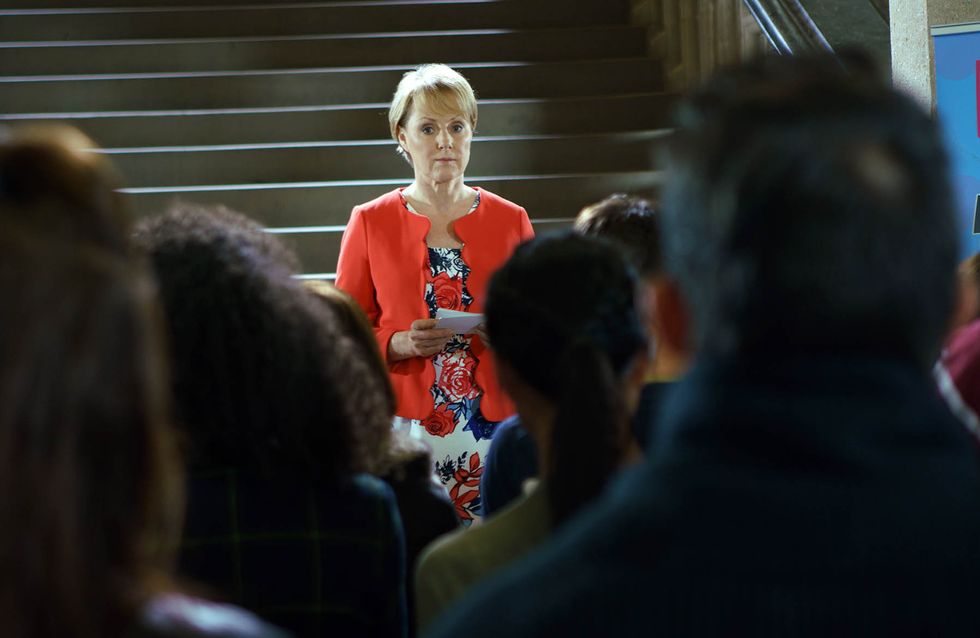 As Tim worries about Sally she paints on a smile, adamant she’s going to fulfil her council duties. Flanked by Rosie and Sophie, Sally arrives at the Town Hall for the LGBTQI event. Fearful that someone is planning an attack on Sally, Tim follows. As Sally gives her speech, Tim notices a woman break away from the crowd on her phone. Convinced she’s Sally’s stalker, Tim grabs the phone and stamps on it. As a fracas ensues the police are called. Has Tim made a terrible mistake and can Sally continue to mask her fears?

Michelle arrives back from holiday and apologises to Robert for the way she treated him before she left. As Johnny and Jenny meet with Michelle to talk wedding plans Johnny’s not himself and Michelle’s worried. Reading Johnny’s discomfort as wedding nerves, Michelle assures him it’s quite normal to have second thoughts. Jenny’s furious, and accusing Michelle of sabotaging her wedding, sacks her as their wedding planner. Depressed, Michelle confides in Robert that with no weddings to plan and no pub to run, she doesn’t know what to do. Robert forms a plan.

David discovers that his old client, Mrs Moss, has left him something in her will. Toyah pays Ken a visit and does her best to convince him of Peter’s innocence.​​

by Pascale Day
#Spoiler
For all the best videos, memes and shareable news!