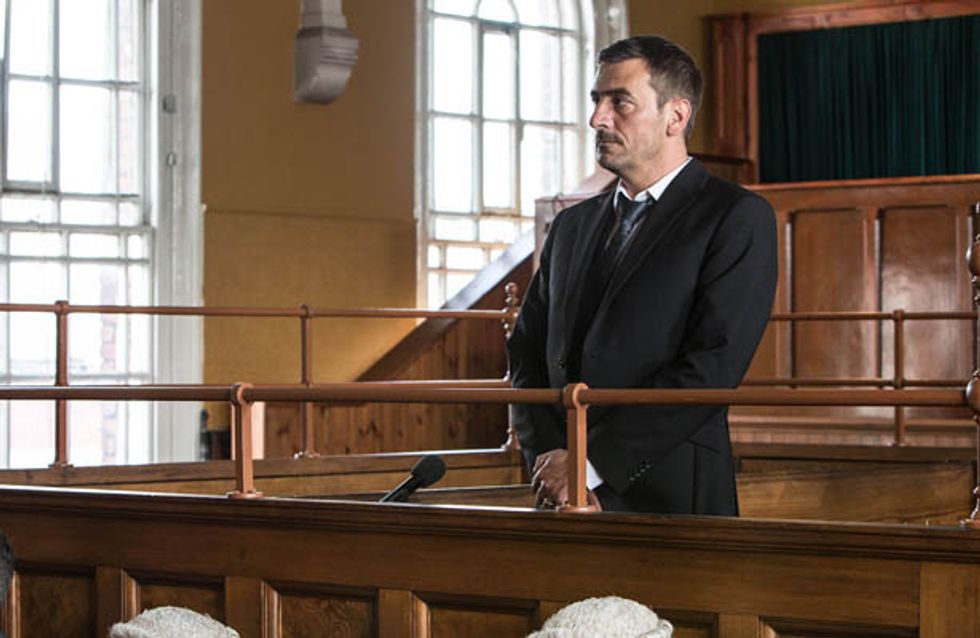 Rob worms his way out of going to Peter’s trial, instead helping Carla move her stuff into her new flat. Rob and Carla look after Simon for an afternoon, Simon tells Rob that he misses his real mum and Tina. At Simon’s request, Rob takes him to visit Tina’s grave. When Rob assures Simon that Peter had nothing to do with Tina’s death, Simon questions who did?

Steve is nervous as he waits to be called as a witness at Peter’s trial. Norris finds Steve talking to himself in the court loos as he psyches himself up for the witness box, leaving him embarrassed.

Roy takes the witness stand and describes how he saw Peter entering Tina’s flat on the night of her attempted murder.

Elsewhere Kylie visits Callum to beg him for more drugs.

Peter’s hopes of being found innocent dwindle as more evidence is given against him. In his cell, he tells Clelland that Carla’s witness statement will be the last straw. Rob tells Simon that he doesn’t know who killed Tina, but knows that it wasn’t Peter. Simon believes him. Ken is furious with Rob for raising Simon’s hopes.

Steve’s nerves lead to a panicked outburst in the witness box. This causes concern as he explains to Liz and Michelle that he feels he has made things worse for Peter.

Roy is overcome with loneliness when he receives a letter addressed to both he and Hayley. 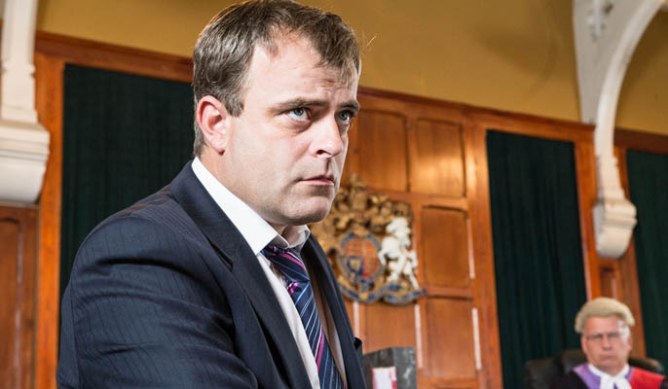