Tina and Peter arrange to spend the evening together when Carla goes to Paris. But when Tina overhears Carla tell Rita she plans to fly Peter out as a Valentine’s surprise, will their plans of a night of passion be ruined?

Anna receives a Valentine’s Day card, but apparently it isn’t from Owen. She thinks it’s from Phelan, and is worried when she goes to meet Pat and Valerie for dinner. What does he have planned?
​
Todd offers to babysit for Marcus and Maria to their delight, but Eileen is suspicious of her son’s intentions.

Tina and Peter are unable to resist each other and make love. Peter promises they’ll get as much time together as possible and gives Tina keys to the apartment as he goes to meet Carla. Does Tina really want an affair?

Pat flirts with Anna, leaving her mortified when Owen admits the card was actually from him. Will Anna tell Owen about Phelan’s uncomfortable attention?

Todd interrupts Marcus and Maria’s meal, telling them Liam had a bad dream. Maria rushes home, leaving the two of them alone.
​
Elsewhere, Tony and Eva are sure Jason’s been mugged off and should negotiate a better rate of pay. Gloria lets slip to Rita that Dennis spent the night at hers. 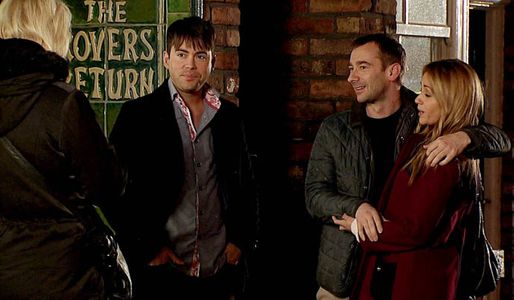