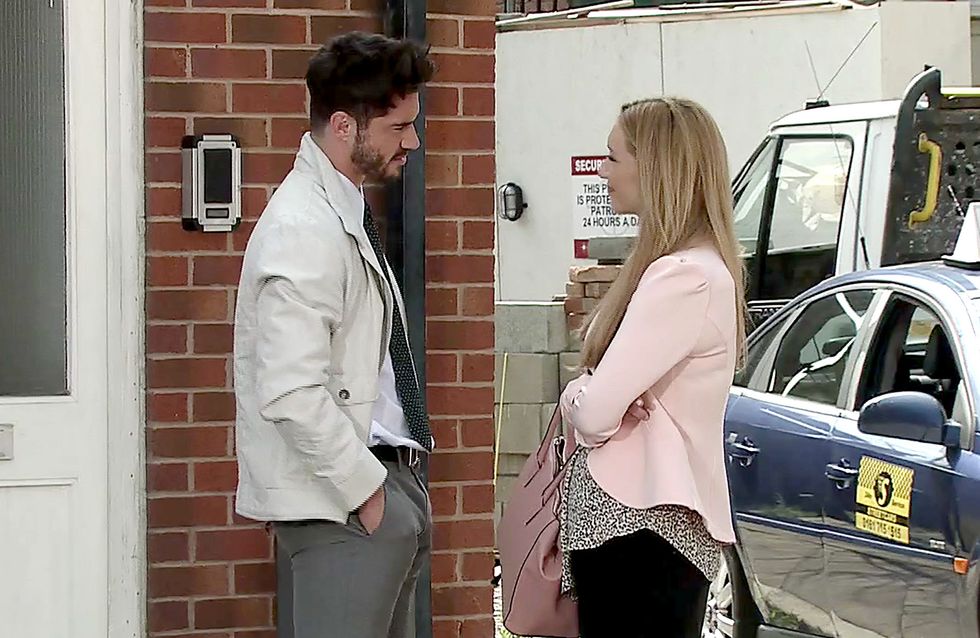 As Aidan coos over the scan photo, Eva’s wracked with guilt, telling Leanne her plan has gone far enough and she intends to call off her revenge. Eva tells Adam her plan to ruin Aidan is off. Seeing her genuine distress, Adam doesn’t argue and hands over the factory’s computer hard drive for her to replace. But as Eva returns the hard drive to the office, she’s forced to hide when Johnny and Aidan return.

Already hacked off with Chesney, Gemma’s further upset when Jenny makes a joke at her expense. So when two of Gemma’s old mates, Zoe and Roxy, call at Prima Doner she’s keen to impress. Shutting up shop, Gemma invites them to Rita’s flat where they raid the drinks cupboard. When Rita hears the sound of loud music upstairs she bursts in.

Gemma’s shocked that Chesney has quit his job but when she tries to change his mind, Chesney bites her head off. Cathy visits Chesney where she explains she’s arranged for him to meet Dev at the Bistro so he can apologise. Nervous of leaving home Chesney’s torn, can he overcome his anxiety to salvage his job?

When Sally finds a pile of final demands in Gina’s handbag she queries whether her bipolar is behind her spending sprees. Gina’s dismissive, but when Sally mentions Rita once helped her out of debt, Gina’s ears prick up. Mary speaks to Jude via video call. When Aadi and Asha let slip about the wedding, Mary is forced to admit she’s marrying Norris. How will Jude react to this?

Jenny’s outraged when Eva proclaims that, due to her pregnancy, she wants to get married ASAP and fancies a double wedding with her and Johnny. At first Jenny refuses, but when Eva forces Aidan to tackle his dad about sharing his wedding day, will Jenny be forced to back down? Meanwhile Adam’s heart goes out to vulnerable Eva, who suggests she pretends Stella’s having a crisis so she can escape to France for a few weeks. Eva thanks Adam for all his support. Buoyed by her words, Adam acts on his feelings and leans in for a kiss. Will Eva respond?

Rita orders Zoe and Roxy out of her flat. Calling Gemma a saddo, they leave. Gemma’s hurt while Rita’s furious, especially when a tearful Gemma berates her for scaring off her only mates. But when Gemma discovers that Rita has suggested to Jenny that she ask Gemma be one of her bridesmaids, their earlier row is quickly forgotten. However as they head home, neither notice that Rita’s failed to lock the shop. Watching from nearby, Zoe and Roxy can’t believe their luck and sneak inside.

Mary tells Norris that Jude knows about their wedding and she hates the idea of lying to him. Norris urges Mary to come clean but he’s aghast when Mary reveals that Jude’s flying his family over for their wedding so they will have to pretend it’s genuine.

When Cathy calls on Chesney to find out why he didn’t turn up to meet Dev, he snaps at her to stop interfering. 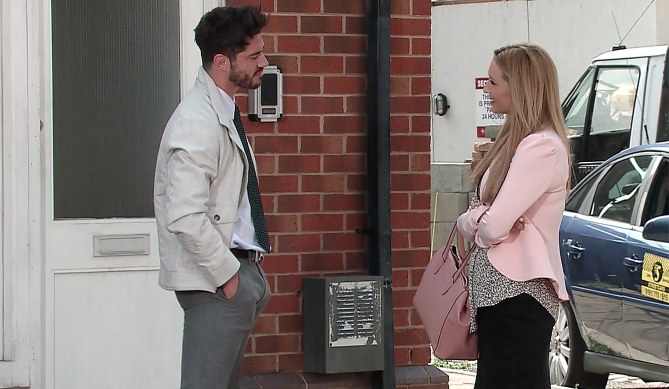