Carla is on a mission to get drunk and flirts outrageously with Tim as Eva watches, helpless. She ends up being kicked out of the pub. Peter tries to help her but she refuses to let him into her flat unless he brings a bottle of vodka. As they both get drunk, Peter tells her how much he loves her, but will Carla allow him back into her life?

Lloyd’s confused when Andrea refuses to pull a sickie to spend time with him, saying she needs space. Andrea later ignores Lloyd’s texts and when he leaves a message on her landline she deletes it and unplugs the phone. He tells Jenna he wants Andrea to move in, but why is Andrea acting so strangely?

Anna tells Gary she’s kicked Owen out but doesn’t know how to break the news to Faye. Instead, she tells Owen that she’s changed her mind and he should move back in.
​
Elsewhere, Gail receives a letter from Michael in prison and Todd smarms his way round Marcus and gets him to lend him £20 to buy Eileen a present. 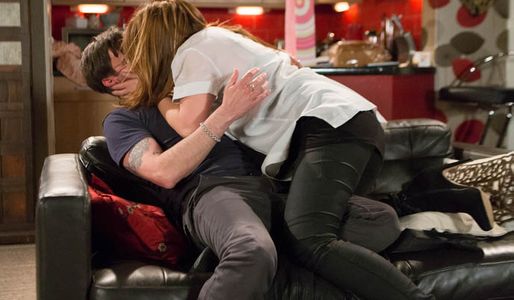