Gail and Bethany are horrified to discover that No.8 has been broken into and turned upside down. Gail phones the police and reports Callum. As they tidy up, Kylie tells Gail about Callum’s demand for £20K, explaining he’s terrorising the family because they can’t pay him. When Callum slips into No.8 and starts hassling Kylie, Gail sees red and chases him out of the house. Spotting the commotion, David hurries over and tussles with Callum. Max screams at Callum that he hates him. Furious Callum makes a grab for Max, who runs into the path of Nick’s car. Nick slams on the brakes, will he be able to avoid Max?

Leanne’s shocked when Eva arrives on the street announcing that her wedding is off. Leanne comforts Eva, agreeing she can stay at the flat, before Eva heads to the Rovers to drown her sorrows. When Todd enters, Eva throws her drink in his face and lays into him for splitting up her and Jason. But how will Jason react when he comes face to face with Eva in the street?

Andrea’s sorry for causing a rift between Lloyd and Steve, reminding Steve that Lloyd’s done nothing wrong and deserves better from his so-called best mate. Steve tries to explain his misgivings about Andrea to Lloyd but Lloyd takes offence and drops a bombshell on Steve.

With Peter back in Portsmouth on leave, Leanne arranges for Simon to go and stay, hoping his behaviour will improve. Gail tells Tony she wants him to dig out the manhole in the garage. Jamie meets up with Luke and offers to finish his car for him, telling him about an upcoming race. 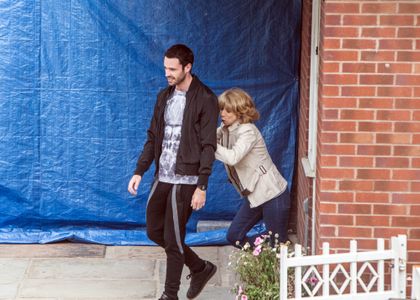