Adam takes Amy for lunch but when he starts questioning her about Tracy’s movements on the night of Ken’s assault, Amy takes offence and storms out. Convinced Tracy’s hiding something from him, Luke tells Tracy it’s over between them. Adam calls a meeting with Peter and Daniel and shares his suspicions about Tracy, suggesting she’s the one who tried to kill Ken. Aware of what Adam’s insinuating Amy phones the police, telling them to check the fingerprints on the new kitchen worktop that Phelan fitted on the night of Ken’s accident. What does she know?

When Craig calls in the tanning salon to see Bethany, Nathan claims it’s obvious Craig’s obsessed with her and she should keep her distance. As Bethany prepares to spend the night at Nathan’s, David warns her that Sarah won’t be happy.

Fiz is pleased when Kim, an old friend from her days in care, gets in touch. But when they meet up Tyrone is put out to discover Kim’s a good looking man!​​ 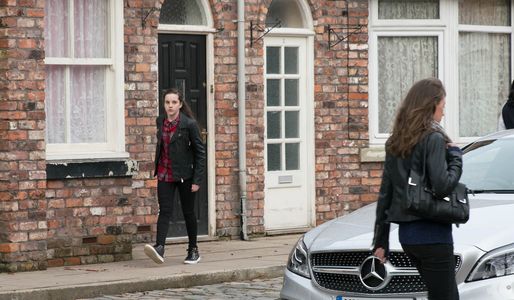