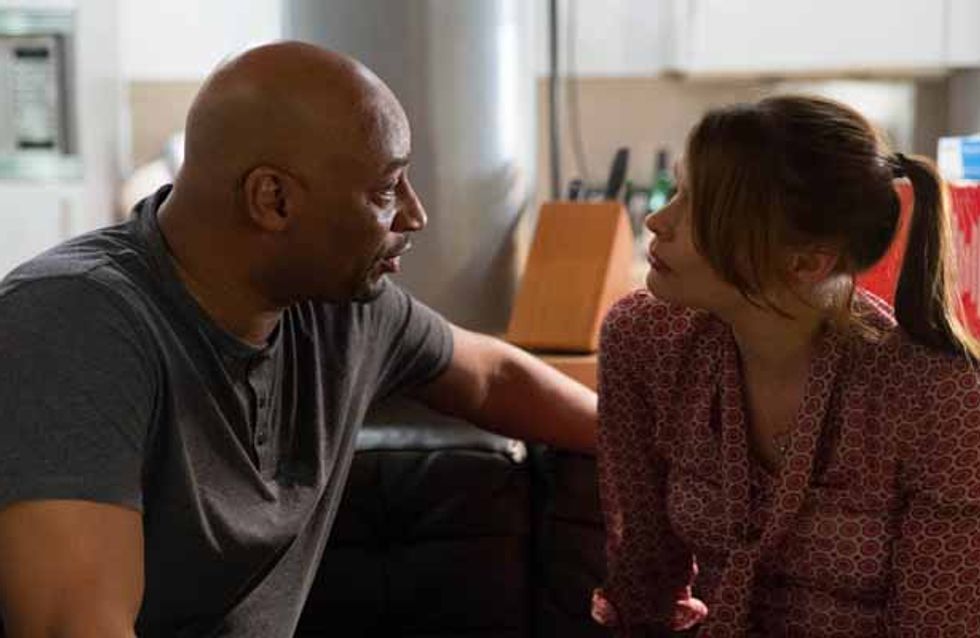 Tracy’s on edge as it’s the day of Rob’s sentencing. Leanne feels for Tracy and persuades Peter to extend her deadline on the rent but Tracy refuses charity and vows to pay up. As Tony and Tracy set out to pick up the dodgy electrical gear he tries again to push the idea of a partnership but Tracy refuses to back down. However when she gets a call to say Rob’s been sentenced to 25 years she collapses in tears. Tony’s taken aback to see Tracy so vulnerable and advises her to choose whether to wait for Rob or move on with her life. As Tony assures her she’ll have no trouble finding a man she seizes on his words and suddenly kisses him. Will Tony be able to resist Tracy’s advances?

Tyrone and Kevin scoff when Steve agrees to pay extortionate prices for more parts for his kit car’s refurb. Weary, Kevin insists on payment towards the work done so far. Steve promises to sort it.

Liz is amused to find Nick has spent the night with Erica. Nick then skives off work to spend the day in bed with Erica. With Nick AWOL, Steph recruits Gavin to help out at the bistro.

Alya and Gary both feel wretched. Carla reels from the news of Rob’s sentencing. Eileen, Liz and Michelle assure her she’s not to blame but Carla knows that Tracy will think otherwise!

Tony and Tracy hurriedly get dressed, both regretting their moment of madness. Tony asks Tracy to keep quiet about it and she bitterly agrees. Meanwhile as Liz waits impatiently for Tony to arrive for their night out, Todd spots Tracy getting out of Tony’s van. Tony eventually turns up at the Rovers, to Liz’s relief, but Todd’s intrigued when he lies about where he’s been and claims he hasn’t seen Tracy. Is Todd onto them?

Lloyd and Andrea are perturbed to learn that Steve’s wasting even more money on restoring his car. Lloyd decides to talk to him but Andrea urges caution, revealing he’s been having health issues. As Lloyd tackles Steve about his visit to the doctor and his weird behaviour, how will Steve react? Meanwhile Steve transfers £4000 of Street Cars’ money into his own account.

Steph and Gavin flirt as they work side by side at the bistro. When Nick and Erica call in, Steph announces she’s employed Gavin as permanent barman as she refuses to hold the fort alone over Christmas.

​Rob’s sentencing is the talk of the Rovers. When Norris makes an insensitive remark Carla walks out and it’s left to Roy to console her as she struggles to deal with the news. 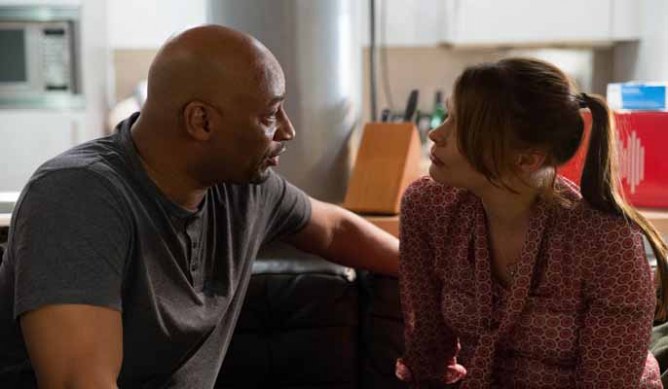