Kylie lets David go to Max’s Nativity play, though she is totally unhappy about it as she thinks it means David is worming his way back into the family. Miserable, she gets drunk then shows up to the nativity in a state. When she is asked to leave, she does not react well.

Roy is terrified about his driving test and Mary only makes things worse by listing what happened during her failed attempts. Hayley worries he’s put too much pressure on himself – will Roy pass?

Carla persuades Tina to go to Simon’s Nativity play in her place, where Peter confronts her about her kiss with Rob.
​
Elsewhere, Dennis and Gloria continue to have some serious chemistry, and Owen is intrigued when he receives an invitation to a swanky drinks party from Phelan. 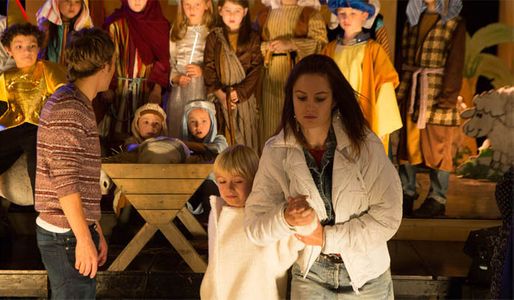