Neil begs Andrea to give him another chance but her mind is made up, telling Neil she doesn’t love him any more, she leaves. Andrea bursts into tears on Steve, telling him how much she loves Lloyd and asking him to try and talk him round. As Steve gives Andrea a hug Neil watches from a distance. Suspecting Steve of being Andrea’s other man, Neil gets into his cab. What has he got in store for an unsuspecting Steve?

Peter’s depressed that he’s not heard from his dad since his arrest but Deirdre admits to Tracy she hasn’t told Ken about Peter’s predicament. Meanwhile when Deirdre opens a letter asking Ken to attend a WW1 commemoration ceremony, she unearths Uncle Albert’s Military Medal. Tracy’s unimpressed until Deirdre mentions it’s worth a lot of money.

Owen’s downbeat as he shows Anna the summons he’s received for a bankruptcy hearing. Anna promises him they’ll get through it together.
​
When Roy asks Sharif to put up his petition in the gym, protesting at the closure of the library, he’s interested to learn that Yasmeen is the Chief Librarian.

On the way to the airport, Neil quizzes Steve about his private life and asks him if he ever plays away. Steve’s unnerved and glad to see the back of him. Meanwhile Andrea arrives on the street dragging her suitcase. She begs
Lloyd to give her another chance but will Lloyd be able to forgive her?

Under pressure from Tracy, Deirdre phones Ken and tells him about Peter’s drinking. But will she tell him about Tina’s murder and Peter’s arrest? Meanwhile when Amy asks if she can borrow Uncle Albert’s medal for her WW1 project Rob can’t find it. How will he react when Tracy admits she sold it to fund their wedding?

Owen and Anna break the news to Gary, Izzy and Katy about the bankruptcy summons. As the family rally round will Katy bring herself to forgive Anna for sleeping with Phelan?
​
Jenna returns home from visiting her Mum and is concerned to hear how Andrea deceived Lloyd. Roy and Emily discuss the closure of the library with Yasmeen who insists they need to take direct action. 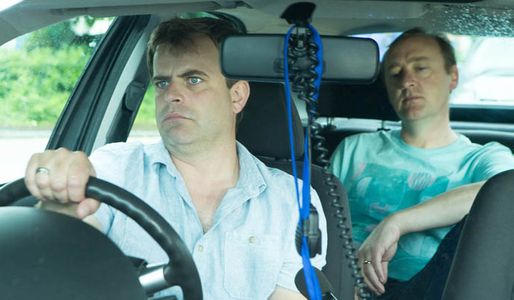